The FBI is warning businesses that they are at an increased risk of being extorted by malicious actors threatening network flood attacks.

In an online bulletin at the Internet Crime Complaint Center, which works in conjunction with the FBI and other agencies, the agency warned that "the victim business receives an e-mail threatening a distributed denial-of-service (DDoS) attack to its website unless it pays a ransom." 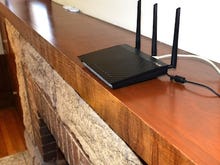 The ransom varies in price, and is often demanded in bitcoin, the online currency that's almost impossible to trace.

"Victims that do not pay the ransom receive a subsequent threatening e-mail claiming that the ransom will significantly increase if the victim fails to pay within the time frame given. Some businesses reported implementing DDoS mitigation services as a precaution," the bulletin said.

Since the start of this year, there has been an increase in "ransomware," or malware that extorts funds for the release of locked, encrypted files. But this new wave of ransomware attempts to extort money prior to any attack taking place.

"The attacks typically lasted one to two hours, with 30 to 35 gigabytes as the physical limit," the alert says.

The notice did not warn of a specific threat, nor did it name any particular group or individual at the center of these attacks, but it did say it suspected "multiple individuals" are behind the attacks.

"The attacks are likely to expand to online industries and other targeted sectors, especially those susceptible to suffering financial losses if taken offline."

The FBI did not immediately return a request for comment.