Olli Sulopuisto has been covering technology, consumer matters, film and television since 2007. He resides in Helsinki, Finland.

After the changes in fortunes at Nokia and the rise of local gaming giants Rovio and Supercell, Finland's startup scene is flourishing. But with VC money not always flowing so far north, it often falls to the country's government to supply startups with early stage investment.

Finland spent €133m in public funding for startups last year, according to figures released this week; slightly more than half of the investment, €75m, was in the form of grants, and the rest, €58m, in loans.

The financing is awarded on a per project basis by Tekes, the Finnish Funding Agency for Innovation. Almost 680 startups received Tekes funding last year, up from €88m in 2009.

"This shows that Finland has more promising startups than before. The development that's been going on in the last five years is starting to bear fruit," a spokesman for the organisation said. 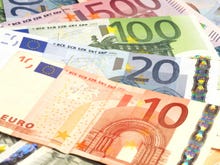 Conversely, according to statistics (PDF) from the Finnish Venture Capitalists Association, private seed funding, venture capital, and business angel financing in the country has shrunk from €132m in 2007 to €94m in 2012.

The Tekes money to startups is mostly granted for three distinct purposes: international growth, research and development, and 'young innovative companies'. R&D got the lion's share of the funding: €80m, of which €58m was in loans. The rest was distributed almost evenly between international growth (€25m), and young and innovative growth companies — mainly startups — at €28m.

The way the Finnish system works is that Tekes is never a startup's sole financier. At least 25 percent of investment must be covered by other means, with Tekes usually providing around 50 percent of the company's funding.

Tekes funding is delivered in instalments, and failing to meet set benchmarks means not receiving the rest of the funding. Thus far a total of 198 companies have received financing through the young innovative companies program.

Of those, 53 got full financing, 58 got their funding suspended, and 87 continue to receive funding. Failing to get full financing doesn't necessarily mean the company has gone under, but rather that the goals weren't met.

When last years' numbers are broken down by the number of companies and their lines of business, by far the biggest share (42 percent of companies) went to went to B2B software products and services.

Following it by quite a large margin were clean tech, energy, and industrial solutions (22 per cent) and digital media, games, and B2C software (20 per cent). The rest was spent on life sciences, healthcare tech and well-being (11 percent), and the smallest share went to consumer products and services (five percent).

To be eligible for Tekes' startup funding, companies must have been founded no more than six years ago.