Ford turns your car into a Wi-Fi hot spot

According to Ford, the second generation of its SYNC connectivity system will allow you to plug your wireless card into a Ford and then broadcast that signal to others in the car.
Written by Larry Dignan, Contributor on Dec. 20, 2009

Ford is turning some of its vehicles into four-wheel Wi-Fi hotspots.

According to the company, the second generation of its SYNC connectivity system will allow you to plug your wireless card into a Ford and then broadcast that signal to others in the car. 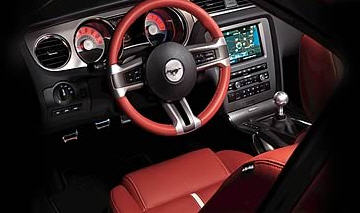 Here’s the view of wireless utopia from Ford:

“While you’re driving to grandma’s house, your spouse can be finishing the holiday shopping and the kids can be chatting with friends and updating their Facebook profiles.”

Now some folks may applaud this movement—especially for long drives—but Ford is enabling yet another place where we can congregate and not talk to each other. Perhaps I’m just being a fuddy duddy about this. Or I’m just jealous since I can’t realistically type and read much when in a car (at least without getting sick). And there aren’t many of us really need to blog in a moving vehicle (tried that a while back and learned I can get sick).

For Ford, the Wi-Fi hotspot move is a way to target tech enthusiasts and who can blame the company? Ford has some momentum against its government-owned U.S. competitors GM and Chrysler. If a little Wi-Fi can move more cars go for it.

It's a very personal gadget and personally I'm disturbed