The weekend will soon be upon us and many of us will be gathering with friends and acquaintances to share a repast in the time honoured tradition of the dinner party. Although I’ll be attending one with relatives to feast on Chesapeake Bay crabs, I wonder who I would invite to my fantasy technology dinner party?

First to mind comes Mary Lou Jepsen, founder of One Laptop Per Child. Her work for the world’s developing nations endears her to many of us (not least myself, having grown up as a child in Tanzania) and her redoubtable persuasiveness would surely come in handy if a fracas were to develop among the other guests at any time.

To cover the programming purist side of things, I think Grace Murray Hopper would be a perfect guest. She is widely credited with inventing COBOL and naming bugs as, well, “bugs” – and as a Navy Rear Admiral in her own right, she’d clearly not stand for any nonsense between the main course and the cheese board.

Hedy Lamarr would have to come next. How many Hollywood screen sirens can you name that also co-invented something like spread spectrum encoding? After all, has Sharon Stone been working on new cloud computing techniques recently? I think not.

Ms George Oates the lead designer behind Flickr would also have to come along. George describes herself as an online application designer fascinated by the human condition and is a founding member of the team that built the Flickr photo sharing web site. You know you’re going to get a colourful person when you read someone’s bio and among her interests she lists ‘sunsets’. I’ve spoken to her before now that she’s under the Yahoo umbrella and I’m convinced that she’d be good for a good glass of Merlot or two.

Finally, VMware’s Diane Greene would probably be my most current guest. She’s quietly powerful, but in a ‘technology’ kind of way – rather than in a Carly Fiorina ‘do you like my shoulder pads’ kind of way – if you know what I mean. She’s also from Annapolis Maryland and that’s ten miles away from where my better half is from, so I’d make sure I also include my wife who is a mean Java software engineer in her own right.

Whoops – just realised, this is an all female list so far. So what would I serve these charming techno-leader ladies for dinner? Hungry Man instant microwavable TV dinners of course! 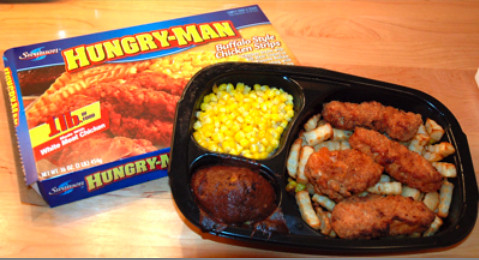