The company also announced it is cutting technology ties with Xerox.
Written by Aimee Chanthadavong, Senior Journalist on Jan. 5, 2020 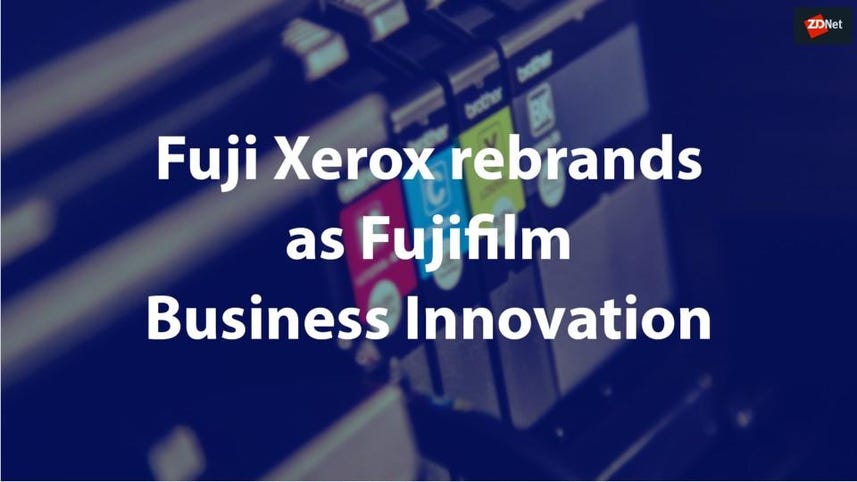 Fuji Xerox has rebranded and will be known as Fujifilm Business Innovation as of 1 April 2021 as part of the company's plans to focus on its existing businesses and expand into new business areas such as cloud, artificial intelligence, and the Internet of Things.

Affiliates and sales companies in and outside of Japan will also change their names respectively on the same date, but Fuji Xerox said their new names will be revealed at a later date.

The rebranding comes as the company also announced it would not be renewing its technology agreement with Xerox, which expires on 31 March 2021.

However, ending the agreement will remove such sales territory restrictions, which Fuji Xerox touted would enable it to expand its business globally, particularly to the US and European region, under its new name.

"Today's announcement of ending the technology agreement with Xerox Corporation opens doors for Fuji Xerox to, after April 2021, utilise our own technologies and synergise with technologies owned by other Fujifilm Group companies to produce/market products and solutions under our own new brand worldwide," Fuji Xero president and representative director Kouichi Tamai said.

"Additionally, becoming a wholly owned company of Fujifilm Holdings Corporation as announced in November enables us to make business decisions more efficiently regarding investing in new businesses, building alliances, and pursuing acquisitions with a worldwide perspective."

Despite the termination of the technology agreement, Fuji Xerox said its product supply agreement with Xerox will continue to remain in place.

The Japanese-based firm signed an agreement with CSG in October proposing to acquire the Australian-based IT service provider in a move to expand the sales of its IT solutions and office printing equipment to small to medium businesses in Australia and New Zealand.

Xerox threatens to take its HP buyout offer to shareholders

Xerox is urging HP to reconsider its buyout offer or else it would take its case directly to HP's shareholders.

HP board unanimously votes no on Xerox takeover

HP board of directors are concerned the takeover will significantly undervalue HP, which has been facing challenging times in recent years.