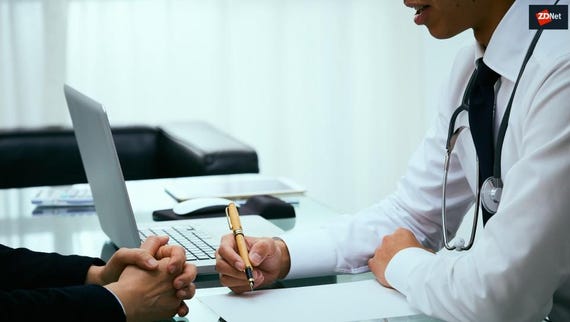 Japan's Tokyo Medical and Dental University (TMDU) and Fujitsu Laboratories have jointly announced that using Fujitsu's Fugaku supercomputer has allowed them to achieve cancer gene analysis in less than a day, instead of months.

The study, according to Fujitsu, is aimed at improving the understanding of the relationship between cancer cells and cancer-related genes, which it hopes can eventually help establish new cancer therapies.

As part of this process, TMDU leveraged the Fugaku supercomputer and Fujitsu Laboratories' artificial intelligence "deep tensor" technology to analyse complex data sets about cancer genes and cells. The supercomputer then delivered this analysis in a format that could be easily understood.

"Harnessing the power of the world's fastest supercomputer, Fugaku, Fujitsu, and TMDU were able to extract a network representing the regulatory relationships among genes in epithelial cancer cells from the analysis of data with 20,000 genes, predict their relationship with infiltration and metastasis using deep tensor technology developed by Fujitsu Laboratories, and present prediction models," Fujitsu said.

See also: How the world's largest and fastest supercomputers are being used to understand the coronavirus

Fugaku was jointly developed by Japanese scientific research institute RIKEN and Fujitsu, and has already been used by researchers in Japan for various matters, including helping the country fight COVID-19.

"For example, we're finding some existing drugs, drugs that have approved for other purposes like heart conditions or high blood pressure or parasites to be immensely useful against COVID-19," he said.

"So if these are proven to be effective, then we may have these antiviral drugs -- it's very cheap, very low side effect, and can be used to not only cure COVID-19 but serve as preventive drugs to be pre-administered to people at high risk."

Looking ahead, TMDU and Fujitsu Laboratories said they will use Fugaku and apply AI technology to recently discovered genetic observation data with hopes it can be translated into a form that can be understood.

The Japanese tech giant plans to build out technology in seven key areas, while addressing such social challenges in mind.

For short, they're calling it Fujitra.

Fujitsu to provide Canon with supercomputer to power 'no-prototype' manufacturing

The 'no-prototype' product development initiative aims to eliminate useless product prototyping through the use of virtualisation and simulation technologies.

In a bid to help automate the process of examining chest CT scans.