After months of rumours, a deal to bring Waze into the Google fold has finally been signed . And it seems likely that one reason Waze chose Google to be its suitor because the search engine giant has no problem with Waze remaining an independent unit, continuing to operate in Israel. 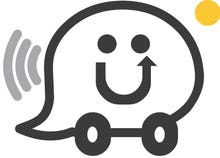 Apple's iOS 6 mapping won't put an end to Waze's days, says its president Israel's Waze turn-by-turn navigation app has something neither Android's nor iOS 6's new navigation app has - a dedicated community of drivers who love the app, and who are a source of fantastically useful information for drivers

Rumors of a sale to Google surfaced about two weeks ago, after reported negotiations between the Israeli company and Facebook fell apart. The price Facebook was prepared to pay for Waze – about a billion dollars, give or take – was very similar to the price Waze company sources said the company sold for ($1bn, plus an additional $100m in performance payouts in cash and Google stock for employees).

What perhaps was different about Google's offer was a willingness to allow Waze to return its own identity (as an R&D firm, regardless of what the company's new owners do with the technology Waze is continuing to develop).

As Waze CEO Noam Bardin put it in a blogpost announcing the sale (the post was published at the same time Google VP Brian McClendon announced the sale in his own blogpost): "Nothing practical will change here at Waze. We will maintain our community, brand, service and organization – the community hierarchy, responsibilities and processes will remain the same. Our employees, managers, founders and I are all committed to our vision for many years to come."

Part of that vision is keeping Waze independent – and in Israel. Waze executives, among them company President Uri Levine, have many times stated that they planned to keep the company here, and saw no reason to move elsewhere. According to a company source, Waze executives, anticipating a buyout at some point, long ago decided that they wanted to be sure employees were treated fairly if an acquisition took place.

According to reports, Facebook pressed Waze to agree to move the company to one of its existing R&D centers. Waze refused, and it was at that point negotiations apparently faltered, paving the way for Google to make its own offer.

Waze remaining in Israel is not a problem for Google, which already has numerous R&D facilities here. But Google is hardly unique; nearly every major multinational tech company has at least one, and often more, facilities in Israel.

Facebook clearly has its own reasons for seeking to concentrate its R&D teams in limited locations, but if anything would have been worth changing that policy for, it was Waze. Now, the prize has gone to Google, which will integrate Waze users into its own mapping and driving apps — thus giving the world's biggest search engine an even bigger user base, and, more importantly, even better ways to get information on users.

Join Discussion for: Google and Waze: What made the Israeli startup...