Besides numerous security fixes, the latest version of Android includes multiple features that developers will be using to improve your smartphone experience.
Written by Steven Vaughan-Nichols, Senior Contributing Editor on Dec. 27, 2017 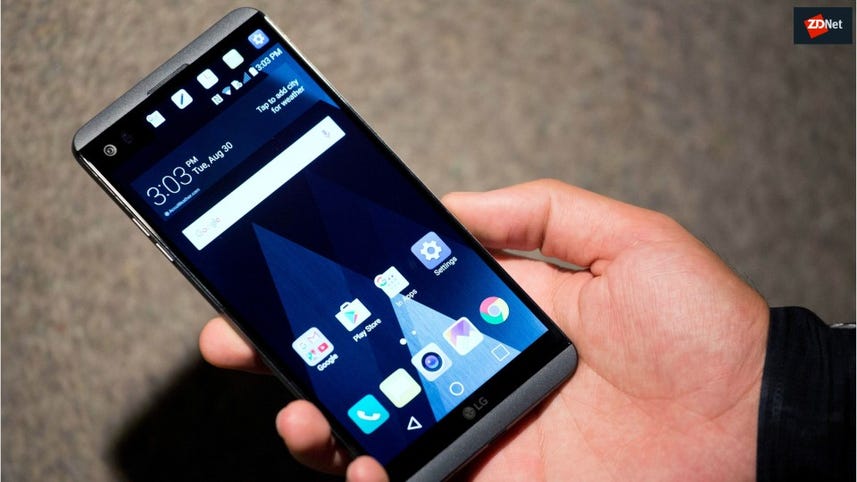 I've been using Android 8.1 for several weeks now on my Pixel 2 smartphone, and I'm impressed.

It's not so much that Android 8.1 is a big jump forward for most end-users. It's not. Google's major 2017 Android improvements came with Android 8.0. With a smartphone containing a Pixel Visual Core chip, it's a dramatically different story.

The Visual Core is Google's first custom-designed consumer processor. It's a dedicated image processing chip. Today, it's only in the new Pixel 2 and Pixel 2 XL. Tomorrow, it may be appearing in other smartphones.

With Android 8.1, the Visual Core chip has been activated and the results are dramatically better photos. First, it takes much faster High Dynamic Range (HDR) photos. By taking a series of photographs in micro-seconds, HDR-enhanced cameras do a much better job of capturing the full range of darkest blacks and lightest whites than older digital cameras.

With Google's HDR+, your smartphone camera takes a rapid burst of pictures. The Visual Core chip then combines them five times faster than previous generation of processors into one superior picture. You may not notice the speed, but what you will notice is how much more detail you'll get from low-light photographs.

You used to only be able to take HDR+ photos using the Google photo app. Now, third-party camera apps, which use the Android Camera application programming interface (API), such as Instagram and Snapchat, can also take advantage of HDR+'s superior processing for better photos.

Any device which can upgrade to Android 8.1, which for now are the Pixel 2 and 2 XL, the Pixel 1 and 1 XL, the Pixel C tablet, and the Nexus 6P and 5X, can make use of Google's Neural Networks API (NNAPI). While as a user you won't notice anything immediately from this improvement, Android developers will. NNAPI is designed to make it possible to run machine-learning (ML) on mobile devices. This API provides a base layer, higher-level, ML framework. This, in turn, can be used by Google's TensorFlow Lite.

What this means for you as a user is you can expect to see some very interesting smart applications coming your way soon. For example, by this time next year, you can expect speech recognition and language translation apps, which will approach Star Trek-levels of coolness.

Do you get sick and tired of not knowing if your Bluetooth earphones or headset are about to die on you? I know I do. With Android 8.1, you'll find a Bluetooth battery display in the Bluetooth settings. I'd still rather have it on the top status bar, but this is a lot better than fumbling with my Bluetooth gadgets.

On some smartphones, notably the Pixel 2 XL, some people were seeing screen burn-in. If you don't recall this ugly blast from old style CRT display's past, screen burn happens when the same screen elements -- such as the navigation icons or the clock -- are always on. After time, these elements are "burned" into the display so their ghostly presence remains even when they should be gone.

With Android 8.1, smartphones now vary how these are displayed. The result? The end of screen burn.

There aren't any major changes to the interface, but there are some useful ones. These include the Pixel Launcher. This makes it easier than ever to access Google search functions and installed apps. Android's quick settings are transparent now so you can still see a hint of the main screen beneath it. There are also new launcher themes.

All-in-all, Android 8.1 is a good step forward. What I'm really looking forward to though is seeing more smartphone vendors bringing it to their flagship phones. Thanks to Google's Project Treble.

Before Treble, which first appears in Android 8.0, when Google launched a new Android version, the chip OEMs, such as Mediatek and Qualcomm, had to add drivers so their silicon could run it. Then the device vendors added their customizations. Finally, the carriers had to bless the update. Then, and only then, could you get a new version of Android on your old phone. What a mess!

By working with the chipset OEMs, the vendor interface is validated by a Vendor Test Suite (VTS). In short, Google is cutting out some of the fat, which makes Android updates so slow.

If the phone vendors cooperate by not adding too much of their own spice to the stew, many of you may finally see Android 8 and 8.1 on your phones before I'm writing about the release of Android 9.