Full Bio
Posted in Between the Lines on March 9, 2017 | Topic: Innovation

Google Cloud Platform rolled out Committed Use Discounts, which are designed to pass along savings to enterprises for a one- or three-year purchase commitment to Google Compute Engine.

Cloud Computing: Moving to IaaS Infrastructure as a Service providers make a very compelling argument for businesses to stop running their own data centers and simply purchase server capacity on-demand and scale up and down as needed. This is our deep dive on IaaS strategy and best practices

The move rhymes with Amazon Web Services reserved instances, but more importantly, highlights how Google Cloud Platform is building out its enterprise use cases and features while still using price to elbow its way into multi-cloud environments.

Google Cloud Platform may not be the only cloud provider in an enterprise, but it's willing to offer discounts to make sure it gets its share.

Across the US, Compute Engine prices will fall about 5 percent. In Europe, prices will fall 4.9 percent with an 8-percent drop in Tokyo. The problem with cloud price wars is that your cuts depend on a bevy of factors.

Now the obvious wild-card is that AWS is likely to tweak its Reserved Instances pricing. Microsoft Azure will also respond. The details behind RightScale's analysis are worth checking out. In a graphic, the cost comparison boils down like this: 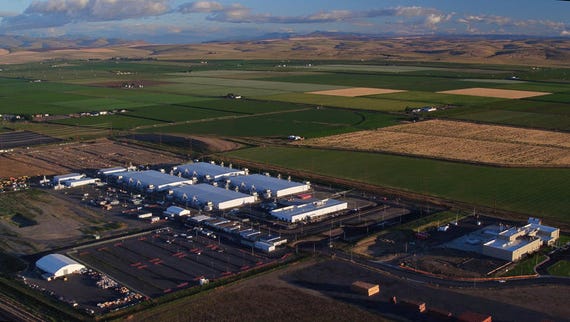