Google has revealed that it has a $20bn to $30bn war chest outside the US to fund future acquisitions of overseas companies, such as a $5bn deal it scrapped last year.

The company revealed the size of its foreign-held coffers in a letter responding to questions by the US Securities and Exchanges Commission (SEC) over the company's plans for the earnings it keeps offshore. The SEC wanted more specific details on how Google intends to reinvest those funds into its foreign subsidiaries.

As reported by Associated Press, although the letter Google sent to the SEC is dated 20 December last year, it was only published this Tuesday. 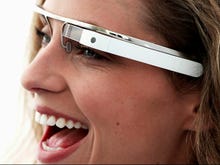 Google 'a million miles away from creating the search engine of my dreams,' says Larry Page The search engine chief commits to a new generation of big bets, including some ideas that look "pretty crazy" today but may pay off down the line.

Google didn't outline a timeframe for when it plans to spend the $30bn reserve on acquiring foreign businesses, but said the money is necessary to fund the company's future expansion, which will be driven by operations outside the US. It noted that in 2012, half of its revenues were earned in non-US markets.

According to the letter, Google recently scrapped a deal to buy a foreign company that was worth an estimated $4bn to $5bn. Should the sale have gone through, it would have dwarfed Google's 2013 acquisition of Israel-headquartered social mapping startup Waze .

The company highlighted the Waze acquisition accounted for the bulk of the $1.4bn it spent across 20 acquisitions in 2013, and was funded by Google's "cumulative indefinitely reinvested non-US earnings". In other words, cash that's not being repatriated to the US anytime soon, which has been the source of criticism that Google — like many major tech companies — avoids paying US taxes.

Google also holds those earnings offshore to fund components of US deals, such as the $12.5bn it initially spent to acquire Motorola Mobility, a company that it is now selling to Lenovo for $2.9bn .

"[O]ur existing cost sharing arrangement requires our foreign affiliates to fund the acquisition of the foreign technology rights of our domestic targets to comply with US tax law," it notes.

According to Google, the amount it holds overseas for potential investments will only go up, having risen from $18bn in 2010 to $33bn in 2012.

"We anticipate that any annual incremental growth in the cumulative indefinitely reinvested non-US earnings from year to year will continue to scale at a consistent rate with our overall needs to support continued expansion plans in future years," it said.

As of March this year, Google’s foreign subsidiaries held $34.5bn of its total reserves of $59.5bn.

Two other assets the company uses billions in foreign earnings to support are its data centres in IP development.

Google said it has earmarked between $2bn and $4bn on new datacentres outside the US, such as the new facilities it's built in Finland, Taiwan, Singapore, Belgium, and Ireland — and now has a preference for owning rather than leasing property they're housed on.

Google estimated its 2013 capital expenditures across these regions would exceed $1bn and estimates it will spend $4bn on strategic property purchases in "2013 and beyond".

The company also said that half the $6.8bn it spent globally on R&D in 2012 was funded by foreign earnings.

Google did not respond to request for comment on the letter.

Join Discussion for: Google explains why it's built a $30bn offshore...