It's hard to tell exactly how many people are still using Windows XP, but for Google there's enough of them to warrant extending Chrome support through to the end of the year. 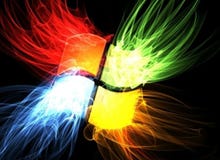 Want Windows XP SP4? Unofficial versions are on the way Microsoft withdrew support for Windows XP in April. That's been the cue for some in the developer community to work on new service packs for the elderly operating system.

While Google on Thursday strongly urged any Chrome users still on Windows XP to switch to supported and secure operating systems, Microsoft's arch-rival has decided to extend its cut off date for support for the XP version of its browser because "millions of people" are still using the OS. While they're still doing so in such numbers, Google thinks it's worth them having at least a secure browser.

"We know that not everyone can easily switch to a newer operating system. Millions of people are still working on XP computers every day. We want those people to have the option to use a browser that's up-to-date and as safe as possible on an unsupported operating system," Mark Larson, Google's director of engineering for Chrome, said.

Still, there are limits to Google's support and Larson added the Chrome team has firmed up the cut-off date for security updates to Chrome on Windows XP, moving it from "until at least April 2015" to the "end of 2015".

Google's decision is likely also to be particularly useful to users in China, where XP still runs 30 percent of the country's desktops and Google services including search are blocked, according to StatCounter.

Despite the high percentage of Windows XP machines still in action, the OS' presence has been steadily falling. When Google announced its support plans for Chrome for the soon-to-be-shelved XP in 2013, it said there were "hundreds of millions" of Chrome users on XP, compared to "millions" today.

Mozilla too continues to support its browser on certain versions of Windows XP, giving users still clinging to the unsupported OS two up to date and secure options to choose from.

While it's hard to know exactly how many people are still using Windows XP, figures from researchers StatCouter and Netmarketshare show that XP - with an overall market share of between 12 percent to 18 percent, depending whose figures you favour - appears to be still the second most widely-used desktop OS behind Windows 7.