Google on Tuesday announced plans to halt the expansion of Google Fiber, amidst the departure of the project's leader and layoffs. 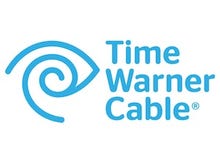 The Google Fiber team will explore cheaper ways to roll out Fiber, current Google Access CEO Craig Barratt explained in a blog post. Barratt will move to an advisory role. It's not clear who will replace him as CEO.

These changes to our business and technology will have some immediate implications. Some of our efforts will remain unchanged, but others will be impacted. In terms of our existing footprint, in the cities where we've launched or are under construction, our work will continue. For most of our "potential Fiber cities" -- those where we've been in exploratory discussions -- we're going to pause our operations and offices while we refine our approaches. We're ever grateful to these cities for their ongoing partnership and patience, and we're confident we'll have an opportunity to resume our partnership discussions once we've advanced our technologies and solutions.

It's not clear how many jobs would be cut or reassigned from Google Access. Ars Technica reported 9 percent of the division's employees will be cut.

As Google looks for cheaper solutions for Fiber, its acquisition of Webpass could help. The wireless ISP operates high-speed wireless internet in six US cities.