Google might be selling its Motorola hardware business to Lenovo, but it won't be letting go of the handset maker's prized research unit, the Advanced Technology and Projects group. 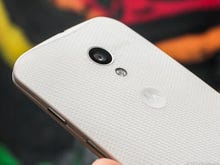 Lenovo buys Google's handset business for $2.91B Lenovo's smartphone strategy has revolved around emerging markets, but that changed in a hurry after the acquisition of Google's Motorola Mobility handset business.

Omitted from announcement that Google had reached a deal to sell its smartphone-making unit to Lenovo was that it will hold on to the unit responsible for the company's experimental technologies, which have included work on electronic tattoos and pills with chips in them for authentication.

Headed up by former director of DARPA Regina Dugan, Motorola's Advanced Technology and Projects Group will be folded into Google's Android unit according to the Verge, which is headed up by Sundar Pichai, the VP also in charge of Google's Chrome and Apps efforts.

Motorola's Advanced Technology and Projects Group last year launched a modular smartphone initiative called Project Ara, which aimed to deliver a smartphone exoskeleton with a variety of hardware modules that can be used to customise the device. Motorola this month claimed to have gained 40,000 'scouts' from 111 countries for the open hardware project, but the developer kit, expected to arrive sometime this winter, is yet to be released.

Google announced on Wednesday that it was selling Motorola Mobility to Lenovo for $2.91bn . In similar fashion to the soon-to-be-completed Microsoft-Nokia deal , Google will retain Motorola's patents but will license its portfolio to Lenovo as part of the transaction.

That arrangement extends to technologies that the Advanced Technology and Projects group has produced, the Verge reported.

Google purchased Motorola Mobility in 2011 for $12.5bn in a deal that was widely thought to be mainly been a patent play. However, under Google's ownership, the company continued to make mobile hardware using the Android platform, including the customisable Moto X .

While several of the devices have been met with good reviews , none have been a breakthrough success for Motorola.

Meanwhile, Google did not appear to give its new acquisition the support that might have been expected. Despite buying itself a mobile handset business, it used outside companies, such as Samsung and LG, for its own-brand Nexus hardware.

Join Discussion for: Google holds on to Motorola's Advanced Tech...