SAN FRANCISCO---While Android and Chrome hogged most of the spotlight at Google I/O on Thursday, but there were a handful of cloud-specific tidbits wedged into the lineup.

There are more than 4,000 varying Android devices out and about on the marketplace. But, as Google developer products lead Jason Titus acknolwedged, most (if any) developers have access to a wide swath of these devices beyond just a few smartphones and tablets. 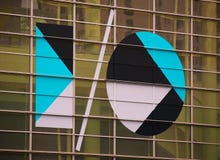 To fill in some of these gaps, Google introduced Cloud Test Lab, a platform and simulator of sorts built on the AppPurify acquisition for the testing Android apps and features on devices not physically available to them.

Cloud Test Lab will automatically run projects across the top 20 Android devices worldwide, spitting back a free report of results and crash logs.

After some time in the spotlight at Google I/O last year, Google Cloud Messaging has grown to see more than 70 billion messages sent daily, involving more than 600,000 apps.

Thus, Google Cloud Messaging is growing its reach from just Android and Chrome to iOS as well.

To a bit of laughter from the developer-filled audience, Titus promised the Test Lab would be opening "soon."