Google launched its latest barrage of developer details including an Android everywhere strategy, a Honeycomb upgrade and efforts to be more focused on user interface.

Here's the recap and my initial take.

Google is pursuing an Android everywhere strategy. The company launched an Android at Home framework, complete with its own protocol for appliances that don't have Wi-Fi. The gist: Every appliance can be an I/O device.

Android will be used in the living room initially, but LightingScience will create LED lights later this year that will work with Android. That means the home environment---stereos, home irrigation systems, lighting---can be controlled through a tablet.

In addition, there's an Open accessory API. Hardware and software will be released in a reference design so Android can be plugged into fitness equipment, robots and other devices.

Reality check: Everyone is gunning to be the living room OS. Google's demonstrations were highly conceptual, but there's a lot of promise. It's important that Google is aiming to connect devices and appliances that are not Wi-Fi enabled. Android at Home will be overlooked today, but very important in a few years. 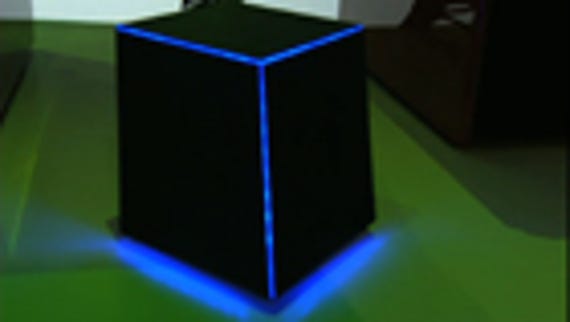 Honeycomb saved? The company is moving to upgrade Honeycomb quickly---some would argue fix it. Motorola Xoom users on Verizon will get the update today. Android Ice Cream Sandwich is Honeycomb 3.1 and Google's effort to create one OS experience and interface across multiple devices.

Reality check: The Honeycomb update is certainly welcome, but it's unclear whether Google will be able to wipe away early disappointment with Motorola's Xoom. It would have been better to nail Honeycomb out of the gate.

Apple obsession can be unhealthy. Google had so many Apple digs that it's clear that the search giant is still a bit obsessed. The subtext here is that Google can innovate quickly and launch new updates, but its biggest challenge is that it needs to get tighter with partners on the user interface and cohesive experience.

Reality check: Google has some mojo with its UI and cloud music service, but it has a big gap to close. Is matching iTunes and Airplay in the cloud enough?

Google is paying more attention to UI. Google's tools for music management, album view and cache of recently played music are nice tools. All music can be made available offline. the initial reaction is that Google's user interface could be its differentiator. Naturally, Google took aim at tethered syncing---basically iTunes. You can add 20,000 songs and the service is free while it's in beta.

Reality check: It's good that Google is focusing more on integration and UI. It's unclear whether Google can herd the cats and partners to compete with Apple's integrated soup-to-nuts approach.

Updates for a wide range of devices. Buyers of new devices at these partners will get Android updates for 18 months as the hardware allows. Google is working to get tighter with partners to create a better experience.

Reality check: This move is a nice perk and sells consumers more on the Android platform.