Full Bio
Posted in Between the Lines on March 22, 2018 | Topic: Innovation 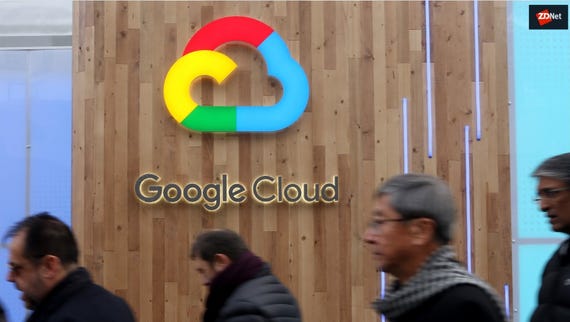 According to Bloomberg, people familiar with the matter say that the tech giant is quietly working on blockchain technology to "head off competition from emerging startups" that are already beginning to specialize in the technology to offer a range of new services.

Blockchain, also known as distributed ledger technology, is the backbone of cryptocurrency trading and wallets, and is most commonly linked to the exchange of cryptocurrencies including Bitcoin and Ethereum.

However, the technology has far more applications than crypto as it transparently records transactions, spread across different nodes in a network. This makes tampering with records very difficult, thereby heightening security and improving the integrity of recorded data.

In the financial realm, fintechs are already exploring how blockchain could be used to simplify Know Your Customer (KYC) procedures and transactions between financial institutions, record IDs, and speed up cross-border payments by offering an immutable ID check and a means to track payments.

This, in turn, has prompted traditional financial institutions including Visa to begin investing in their own blockchain-based systems to avoid falling behind in innovative financial offerings.

When it comes to cloud technology, Google could potentially use blockchain to record user transactions and improve the security of data produced by such a service.

According to the publication, blockchain technologies being developed by Google would not remain as a private ledger.

Instead, Google plans to offer a license and plan for customers to run their own versions of blockchain on their own servers, enabling them to post and verify transactions themselves in a secure and transparent manner.

In order to jump ahead of the pack, the tech giant's Alphabet unit has reportedly snapped up a number of startups which focus on digital ledger technologies. However, the majority of these deals have been kept under wraps.

"Like many new technologies, we have individuals in various teams exploring potential uses of blockchain but it's way too early for us to speculate about any possible uses or plans," a Google spokesman told ZDNet.

No product details, including potential launch dates, have been made available.

Google is far from the only major tech company exploring blockchain. IBM has been tinkering with blockchain technology for years and announced the launch of the IBM Blockchain Platform Starter Plan this week, a cheaper option for businesses keen to adopt the technology.

In addition, Microsoft is working on an identity system with distributed ledger technologies at the heart of the service.

Allied Market Research predicts that the distributed ledger market accounted for $228 million in revenue in 2016, and this is expected to reach $5.4 billion by 2023.

"The blockchain distributed ledger market is in its early stage of growth. Blockchain-based solutions are projected to be adopted earlier in some industries such as financial services and the supply chain industry as compared to many other industries," says Himal Srivastava, Research Analyst, Semiconductor & Electronics at Allied Market Research. "Exponential increase in data is expected to facilitate more R&D activities leading to increased competition in the market."

Join Discussion for: Google is experimenting with blockchain technology...