Last year when Google kicked off the Nexus 5 pre-orders, they posted a time for buyers to plan their strategy. It turns out they quickly ran out of stock so buying one was a challenge. 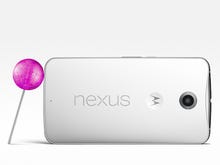 It looks like Google failed to plan yet another launch with the Nexus 6. They never told anyone when the pre-order page would go live and then ended up selling out within minutes after the site went live on a late weekday morning.

The full price pre-order failure may have angered smartphone enthusiasts, but regular consumers in the US primarily purchase new expensive phones via subsidy or extended payment plans so there was hope for the carriers to come through.

Unfortunately, it looks like the Nexus 6 failure to launch extends to the carriers as well. T-Mobile posted on its Twitter account that it is moving the Nexus 6 launch out a week to 19 November to "give customers the best experience possible." I'm not sure how delaying the launch another week provides a good experience.

TmoNews previously wrote that T-Mobile was going to experience a serious inventory shortage, on the order of just one out of every three stores having them in stock on 12 November. An internal document even stated stores might not have demonstration devices on hand. Given the significantly higher price of the Nexus 6 over the Nexus 5 and the large size, the Nexus 6 is definitely a device you want to hold first.