Some Android device owners can now use their voice to control a phone or tablet, even without a connection to Google's cloud.

Based on a Google+ tip, Android Police reports that a subset of voice commands for Android are now available while offline. 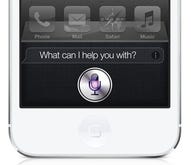 You'll need to make sure your Google app is updated to version 5.3, but even then, the feature might not yet be activated.

For now, the list of enabled offline voice actions is skimpy: Play Music, Open Gmail (or any other installed application),Turn on Wi-Fi, Turn up the volume, Turn on the flashlight, Turn on airplane mode, Turn on Bluetooth, and Dim the screen. Of course, any "on" actions can be used for an "off" mode as well.

While connectivity is fairly ubiquitous for many Android owners, there are still times when Wi-Fi or mobile broadband coverage isn't available or there some time of connection outage. And during these times, our smart devices shouldn't immediately become "dumb" ones.

By adding offline voice commands, Google is helping to keep our smartphones and tablets useful, even when those devices can't connect to the cloud.