Google is trying to encourage more developers to use its Cloud Platform services by releasing code samples on the popular online repository GitHub. 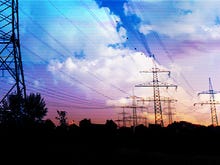 Cloud computing's utility future gets closer Cloud computing is on a path to becoming a true utility - but what exactly is a utility and how closely does cloud fit that picture? ZDNet asked an industry expert to find out.

Much of the sample code is designed to help developers who want to start building apps around these cloud services. Google has made available a series of "starter projects," programs that demonstrate simple tasks such as how to connect to these services' APIs, and which are available in a variety of languages such as Java, Python, and Ruby.

"We will continue to add repositories that illustrate solutions, such as the classic guest-book app on Google App Engine. For good measure, you will also see some tools that will make your life easier, such as an OAuth 2.0 helper," Julia Ferraioli, developer advocate for the Google Compute Engine, said in a blog post on Wednesday.

James Governor, co-founder of analyst firm RedMonk, said Google is releasing this code in an attempt to attract developers to its cloud platforms.

"Increasingly today, developers are not going to use your stuff if it isn't open source and they don't have access to the code," he said. "Google hasn't been the most aggressively open source by any means. I think they're feeling 'It's a service in the cloud and anyone can use so we don't need to open source the code.' This may be a bit of an acceptance that they need to be more open."

However, he said this initial release falls short of the openness that other web giants like Facebook and Twitter have shown when attempting to attract developers to their platforms.

"It's about trying to get people to collaborate around the frameworks running on top of these [platforms] rather than the code itself," he said. "If it was Facebook or Twitter, they would probably be contributing the source code."

Google, in choosing to release this code on GitHub when it has its own online project-hosting environment Google Code, is acknowledging the strength of GitHub's community, said Governor.

"GitHub is where software development is done and developers go about their daily lives.

"Development today starts with a search, but it turns out that it starts with a social search and that is why Google is supporting GitHub rather than the other way around."