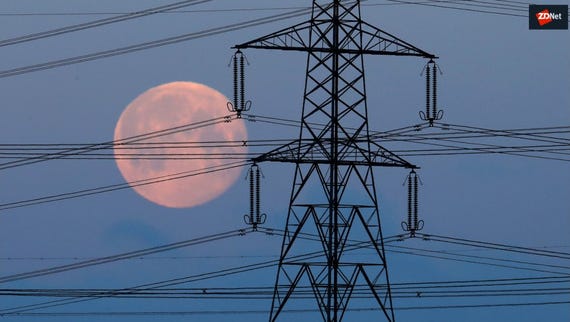 Google Fi, formerly Project Fi, is a 4G and Wi-Fi data and telephony service. Until recently, it's only been available on a few Android devices. Starting now, you can sign up for Fi with many popular Android phones, such as those from Samsung, LG, Moto, and OnePlus devices and, for the first time, albeit as a beta:, with iPhones.

Under the surface, Google Fi combines Sprint, T-Mobile, US Cellular and Wi-Fi into a single network. You need not worry about those details. Your smartphone has access to all of these networks. It leaps from one to another -- from CDMA to GSM to LTE to Wi-Fi -- depending on which signal is strongest at a moment. You'll never notice the jumps as you move from one to another.

That's not just Google hype. I use Project Fi on my Pixel 2 phone when I'm in Europe (Verizon's international charges makes using it too expensive). I can do that because the Pixel 2 has, besides a normal SIM, an eSIM, which enables me to switch between my home 4G network and the Fi network.

This works thanks to the Fi SIM/eSIM card, which supports multiple cellular networks. This feature will not be available in all the new phones Fi will be supporting. For what Google calls the "the full Google Fi experience," you still must use use a phone designed for Fi, such as the Pixel 3, Moto G6, or other phones listed on the Google Fi website.

What you will get from Google Fi, Google promises, is "reliable coverage, easy group plans, and high speed international data coverage for the same rates you pay at home. Plus, as always with Fi, there are no contracts and zero hidden fees."

Google Fi connections also now come with security baked in. All mobile and Wi-Fi traffic is encrypted and transmitted over Google's virtual private network (VPN). Google can't peek at your traffic either. The Google Fi VPN is designed so that your traffic isn't tied to your Google account or phone number.

Note I said the data you use. Unlike other 4G plans, with the Bill Protection plan, you only pay for the data you use in gigabyte increments. In addition, the Bill Protection charges you only up to 6GB of data, or $80 a month. You're not charged any additional amount or overage fee. If you use say 7GB of data, you won't pay one cent more. Once you go over 15GB, though, your speed will be reduced to 256Kbps.

The Fi program also gives you high speed data in most countries for the same $10 per gigabyte you pay in the US with the same Bill Protection rules. Free, unlimited international texts are included while 4G calls cost 20 cents per minute. If you're using Wi-Fi for a voice call, there's no charge.

If you only use Google Fi sometimes, you can also pause Fi for up to months at a time and not pay anything until you need it again.

Sound good to you? You can sign up on Google Fi. If want to use your own phone, check whether your smartphone is compatible. Apple iPhone owners must jump through a few additional hoops using the new Google Fi iOS app.