The Search giant unveiled a new platform that intelligently matches data center workloads to low-carbon sources of energy every day.
Written by Daphne Leprince-Ringuet on April 23, 2020 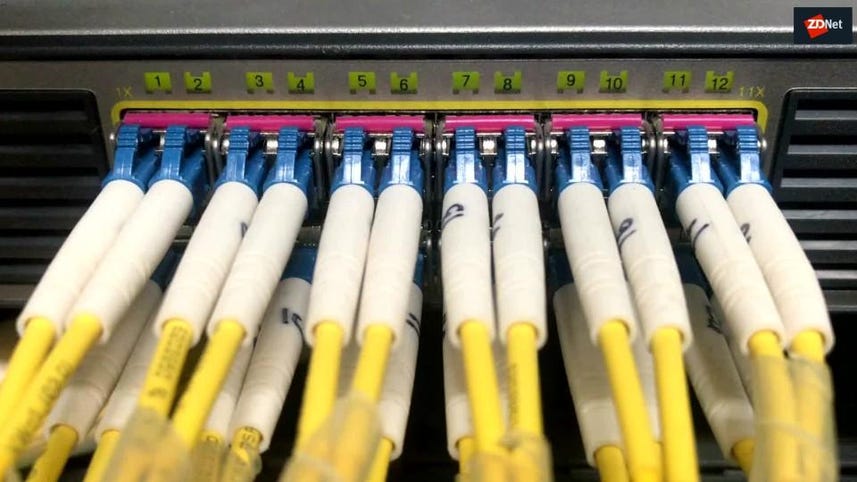 Search giant Google is working on a project that allows it to match the timing of some compute tasks to the availability of lower-carbon energy.

The "carbon-intelligent computing platform" has already been deployed to Google's data centers to shift non-urgent workloads to times of the day when wind or solar sources of energy are at their most plentiful.

For example, creating new filter features on Google Photos, YouTube video processing or adding new words to Google Translate are all predictable tasks which timing can be aligned with, say, wind energy in the evening and solar power during the day.

Google's technical lead for carbon-intelligent computing Ana Radovanovic said that the platform enables closer coordination with local sources of carbon-free energy, while not affecting the data center's productivity. "This is done without additional computer hardware and without impacting the performance of Google services like Search, Maps and YouTube that people rely on around the clock," she said in a post announcing the new tool.

The company's carbon-intelligent platform works out a new daily schedule for a given facility by aggregating two forecasts. The first one predicts the hourly carbon intensity of the local electrical grid for the next day, and the second one shows the hourly power resources that Google's data center will need to carry out compute tasks during the same time. By comparing the two, the tool can then match workloads with time slots that show stronger supply from low-carbon sources.

Ultimately, Google hopes that the technology will lead to what the company calls "24x7 carbon-free energy" in all of its data centers, which means matching facilities with sources of carbon-free power on an hour-by-hour basis. One of the search giant's data centers in Hamina, Finland, is close to achieving the 24x7 goal: last year, 97% of the building's electricity was matched, on an hourly basis, with carbon-free sources.

The search giant said that its success in Finland is mostly due to purchasing large amounts of wind energy in the Nordic region. Similarly, one of Google's facilities in Lenoir, North Carolina, benefited from partnerships with local utilities to increase the supply of solar power. As a result, last year, up to 67% of the electricity demand in the facility in Lenoir was matched hour-by-hour to low-carbon sources.

The new carbon-intelligent platform will complement Google's efforts to purchase renewable energy to make the company's data centers greener. The tool, although it has been fitted to every Google data center, is still in a pilot stage. "Early results demonstrate carbon-aware load shifting works," said Radovanovic. "Results from our pilot suggest that by shifting compute jobs we can increase the amount of lower-carbon energy we consume."

For years, Google has been at pains to strengthen the company's image as a sustainable energy pioneer. In 2007, it committed to becoming carbon neutral, which was achieved in 2009 via the active purchase of carbon offsets to balance out Google's own electricity consumption.

Since 2018, the company has matched every unit of energy it consumes with an equivalent unit from renewable source. By matching all of its energy usage to equivalent renewable energy purchases, Google took its first steps towards sourcing carbon-free energy on a 24x7 basis.

SEE: 'You can't just stop.' How data centers are dealing with the coronavirus crisis

These efforts, however, were not sufficient to stop the company's staff from protesting against some of their employer's climate-related decisions. Last year, over one thousand Googlers signed an open letter calling on the company to take greater action on climate change.

In particularly, activists flagged Google for having contracts with fossil-fuel companies.

In their open letter, employees protesting the company's position on climate change set out a "four-zeros" objective: zero emissions by 2030, zero contracts for fossil-fuel companies that accelerate oil and gas extraction, zero funding for climate denying organizations, and zero harm to climate refugees.

The new tool unveiled by the tech giant should at least contribute to making data centers, an industry that infamously accounts for a large share of global electricity demand, more power-efficient. Google is already working on expanding the carbon-intelligent platform's capabilities, so that the tool can shift tasks between data centers even if they are in different locations.

AI & Robotics
How to enable Live Captions in Android 12

How to enable Live Captions in Android 12