Joel has been a media practitioner since 1996, starting off as a reporter and eventually becoming editor of a pioneering IT trade newspaper in Manila. He is currently one of the content producers of a Manila-based developmental website.

The recent spate of hackings involving the websites of government agencies and local government units in the Philippines seems to indicate that many are now starting to embrace the online media as a platform for change.

In the last quarter of this year, more than 10 government websites have been defaced , usually with a message and accompanying video calling for citizens to join the efforts to curb corruption in the country.

A group claimed responsibility for the hacking and justified the move as a way of calling for change and political reforms amid the so-called "pork barrel" scam.

The scam is allegedly a widespread scheme to bilk the national treasury into pouring billions of pesos into dubious projects and programs initiated by non-government organizations (NGOs).

What makes the scam truly despicable is that politicians, lawmakers, and government leaders are allegedly willing participants, and are directly benefiting from the scheme. In some cases, the officials are implicated because they allegedly approved of giving funds to these NGOs, some of which were found to be non-existent. 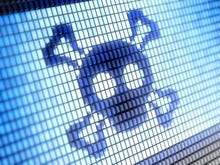 Anonymous hacks Singapore PM website Singapore's ICT regulator blames a vulnerability in Google's search bar for the breach that defaced two government sites including the prime minister's, after he pledged to "track down" hackers who target the country.

For the group, hacking is an effective way to actively participate in calling for change. The Anonymous group also defaced a few commercial websites with the same message in an apparent attempt to show that it is serious.

The government may just shrug off these acts of "hacktivism" or even take action and remind the group that hacking is still illegal under Philippine laws.

One such apparent reminder is the recent apprehension and arrest of a suspected hacker who allegedly violated Republic Act 8792, or the E-Commerce Law .

While many Filipinos love to go to social media to take a stand on issues, hacking seems to be a more direct and pragmatic way to get the message across, and that social media actually complements "hacktivism".

It is then not unexpected that these so-called "hacktivists" will continue doing what they are doing unless they see change.

Join Discussion for: 'Hacktivism' gains foothold in the Philippines