You know you're at a happenin' Silicon Valley party when the participants break apart into groups, one group staunchly defending their right to build out all the IT infrastructure they want, while the other group looks on, shocked at (from their perspective) the obvious idiocy of having to manage all that gear.

This is not an argument for the faint of heart, because there are strong benefits to running your own IT infrastructure, and equally strong benefits to letting the details be someone else's problem. There isn't even a one-size-fits-all solution, because each business and each organization's culture and specific needs will dictate what's best.

But that doesn't stop us from arguing the subject. In this case, we may not be gathered at a party in the hills behind Los Gatos. We may not be drinking Chouinard 2009 Malbec -- which, aside from being the best-of-show red wine at the 2012 Best of the Bay Wine Competition, also happens to be grown in the Hog Canyon just outside Paso Robles, the scenic location world renown for its guided pig hunts (clicking through not for the faint of heart). I know. You can't make this stuff up.

No we're not at a swanky party. We're in the studio, instead. Join me, along with host Jonas Tichenor, and HP Cloud Strategist Jacob Van Ewyk, CBS Interactive Sr. Director of IT Infrastructure Stephen Comstock and ZDNet Editor Andrew Nusca for a spirited debate along with some deep insight. Or, I guess you could go on a wild pig hunt. 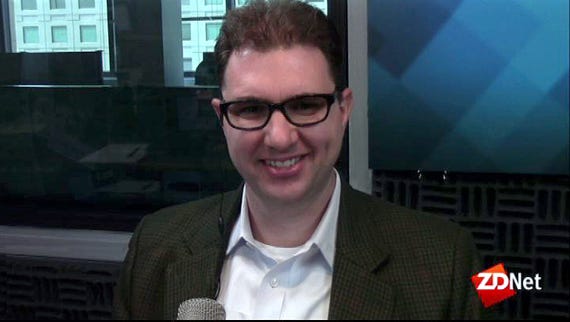 Join Discussion for: Heating up the debate over public vs. private...