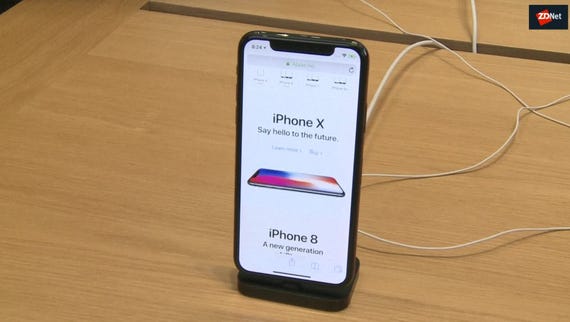 Over the past few months I've had a lot of feedback from readers as to what they'd like to see from the next iPhone. And with the next iPhone now only days away from being unveiled, it seems like as good a time as any for you, the readers, to have your say.

What follows is a distillation of that feedback. This list, rather than being one person's views or wishlist, is more of a compilation based on the overall feedback I've received.

Also: When will we see new iPhones? 10 years of Apple event data tell all

As always, I'm keen to hear your views, so feel free to leave a comment below or hit me up on Twitter with your thoughts.

Yes, people want a cheap(er) iPhone. But before you start yelling at me that Apple sells a variety of iPhones in a range of prices, let me expand on this further.

When it comes to cheaper iPhones, you have options. There's the 32GB iPhone SE, which will set you back $349 off-contract, or the 32GB iPhone 6s, which has an off-contract price tag of $449. These might be cheap compared to an iPhone 8, which starts at a hefty $699 for the 64GB variant.

People seem to have two problems with Apple's current crop of cheap iPhones. The first is that $349 isn't really all that cheap, and the second issue is that it's even less of a bargain when you consider that this handset is coming up to two-and-a-half years old (Apple has bumped up the storage capacity since launch, but the underlying hardware is otherwise unchanged).

Also: Cheaper iPhone in a range of new colors coming in 2018, claims report

What readers seem to want is a cheaper version of the latest release. This might seem like a bit of a reach, but given Apple's immense profit margins, combined with the fact that Apple could make savings when it comes to things like displays and the like, it is possible to do.

Here's what the next iPhone needs to keep... SEE FULL GALLERY

The iPhone might have the highest consumer satisfaction rating of any handset, but that doesn't mean that people aren't complaining.

One of the top complaints I see from buyers is performance issues, both with new handsets at the time of release (before Apple fully optimizes iOS for performance), and after Apple rolls out a new major iOS release for the handset.

Yes, there are some who would like a super-high-end, super-priced iPhone "pro," along the lines of the $2,000 iPhone I outlined a few days ago.

The additional revenue from this iPhone would offset Apple's losses in selling a lower-priced handset (and right now it does seem like buyers are naturally gravitating towards higher-priced units).

Yes, I bet you were wondering where this one was. This has been on the list since the first iPhone was released, and it's a feature of the iPhone that Apple has done very little to address over the years.

Now that Samsung has released the Galaxy Note 9, which boasts an "all day battery," the pressure is now on Apple to up its battery game.

Believe it or not, there are people who still hanker for an iPhone with a 3.5-inch display.

While I think it's nice to want things, I think that the days of Touch ID are numbered.

Want: Include a fast charger/wireless charger in the box

Many people are understandably a bit annoyed to find out that a $1,000 smartphone doesn't come with a fast charger or wireless charger in the box.

Apple seems obsessed with making the iPhone thinner and lighter, but this doesn't seem to be something that users care about. In fact, "it's too thin" is a complaint I do encounter, albeit not that often.

Don't want: Too many models/versions

Buyers understand prices, screen sizes, and storage capacities, but beyond that the differences between different models sort of blurs into a sea of incomprehensible tech specs.

Don't want: get rid of the Lightning port

I suggested that the Lightning port was on the way out. Readers hated that idea.

I still think it will happen, and sooner rather than later.