In a press conference today (video below), Hillary Clinton confirmed that she and former President Clinton did run their email through a private server "protected by the Service Service."

In answering questions, she stated that no classified email messages were sent through her private email account and that at the time of joining the State Department it seemed easier to keep using one device and one email account.

She addressed concerns about deleting private emails and the archiving of government emails. Her premise was that others in the government were mailed on their .gov accounts, so those messages would be archived at the receiving end. 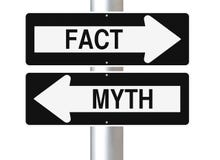 She further said that after reviewing and turning over all government related emails, even those that could only tenuously be considered government-related, she then destroyed those emails that were personal.

This, of course, is one of the big areas where the Federal Records Act gives latitude to government employees that may not be in our long term best interests in the form of disclosure.

The way Mrs. Clinton described her actions regarding personal vs. government email is well within the law, but that law does have some failings. We will continue to address these issues years into the future until we decide whether or not we want all email messages (and texts and chats) archived, regardless of whether they are personal or government-related.

In any case, she confirmed that the family is operating a server, stating it began with President Clinton's use. It was not clear whether that use began while President Clinton was in the Oval Office (which would possibly be 1990s tech) or whether it began when Mr. Clinton started using it at some date following his departure from the White House.

Mrs. Clinton further stated that there were no breaches of the server itself, but as we well know, there was at least one "Guccifer" breach in the email messages that were sent to her and her server.

In this context, then, my earlier analysis stating that it was unlikely she had a server was incorrect. I now find myself intrigued by what, exactly, they have been operating and exactly how it was configured -- details we're unlikely to get.

Based on details about backup services used and some of the security software that I outlined previously, it seems they had some competent IT support. Nothing I have seen or heard so far (with the exception of the practice of using personal email in government work) indicates a lack of best practice with regard to email activities.

The video below, provided by the New York Times, contains her complete statement and answers. Click the red box to skip forward to 57:22, which is where the email-related content begins.

Join Discussion for: Hillary Clinton: Yes, I did operate a private...