As more and more devices shift from wired to wireless networks, poor Wi-Fi is becoming the number one cause of frustration in homes and offices. Here's how to fix your Wi-Fi issues for good.

Being wire-free is awesome, but nothing seems to push people to the point of hating life more than not being able to connect to the internet or other devices on the network.

In my experience, Wi-Fi problems tend to fall into one of two broad categories:

You can also end up with a combination of the two problems.

The most common answer that people have to poor Wi-Fi is to throw routers and access points into the mix. This is something that I've done myself (after all, it feels like recycling to reuse old kit). Problem is that this not only makes the network a lot more complicated and kludgy, but you can also make the problem worse by causing more interference.

So, what's the answer?

Well, as the old adage goes, you can feel the pain of paying for a good tool once, or feel the pain every time you use a cheap tool. With that in mind, my advice to anyone suffering from poor Wi-Fi is to put in new pro-grade gear, and lately I've been having great success using Ubiquiti Networks hardware. I like their kit, and have been using it a lot lately and am very impressed by what it has to offer.

Not only do these access points have the power to punch the signal through walls and ceilings, but they're also intelligent enough to be able to use the best Wi-Fi channels to reduce on interference and network congestion.

Additionally, the configuration and monitoring software allows you to configure channels, signal strength, and packets sent and received from each access point. You can also keep an eye on the clients attached to the network.

Also, if you invest in the separate Unifi Security Gateway Router you can access on pro metrics such as network latency and throughput, as well as activate features such as Deep Packet Inspection (DPI).

All this sounds expensive, but it's not as pricey as you might think. A single Unifi AP AC Pro access point is under $150 (I've seen them for about $125 on Amazon), and that's all you'd need to satisfy an apartment or even a small house. For those with more modest Wi-Fi requirements, the Unifi AP AC Lite is only $89.

If you want to geek out and get even more control over your network, the Unifi Security Gateway costs $120, with the pro version retailing for $299. Not cheap, but when you consider that a high-end consumer Wi-Fi router can cost around $300, with a whole-home Wi-Fi mesh system around $500, the enterprise gear starts to look cheap.

The bottom line is that by tearing out my mish-mash of consumer and semi-pro Wi-Fi gear (my network was a fabri-cobble of multiple devices from multiple vendors), and replacing all my access points with a Unifi AP AC Pro access point and a cloud key and security gateway, I've not only eliminated my Wi-Fi (and for that matter, network) frustrations, but I've also gotten to grips with the countless devices and users on my network, and put in place better controls on usage.

So not only am I happy, but so are all the other users on the network.

Smart router: Manage all your Samsung home appliances with one app: 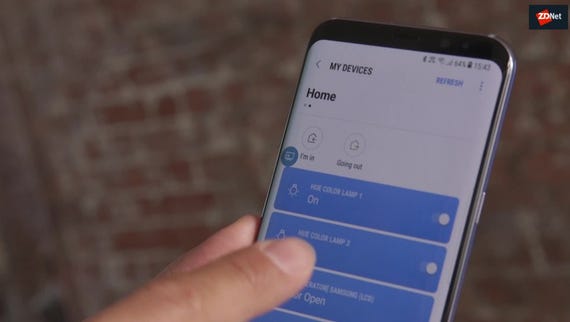 Join Discussion for: How to put an end to Wi-Fi frustrations