Opinion: While the app has been widely used in the past to goad religious groups into violent acts, the dissemination of deeply bigoted fake news during the state elections in Karnataka is a small example of how technology is destined to adversely affect the 2019 federal elections.
Written by Rajiv Rao, Contributing Writer on May 27, 2018 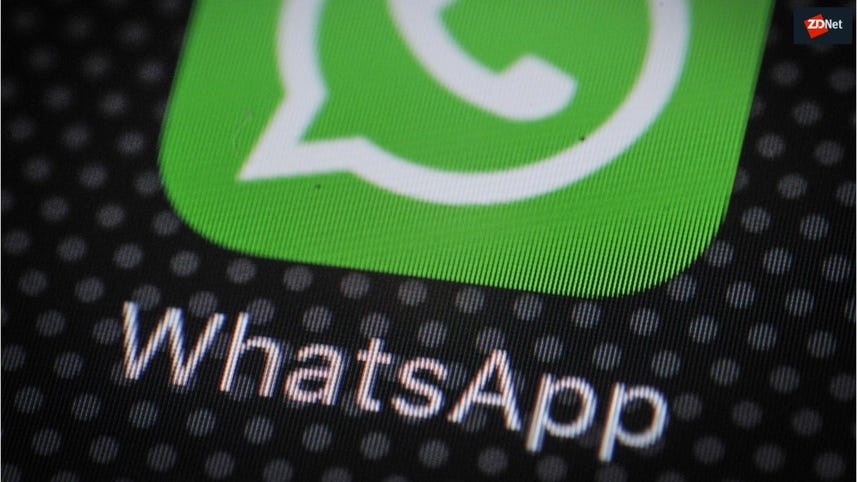 Video: Is your smartphone OS too old for WhatsApp now?

This quote by Ankit Lal, a strategist with one of India's newest political parties, the Aam Aadmi Party, is a poignant articulation on how this messaging app is being destructively utilized in India to gain voter mindshare.

Just as its parent Facebook has been indicted globally for its role in deepening divisions across the US and providing a platform for greatly influencing the last US presidential elections, WhatsApp in India has emerged as a vehcile for unbridled and unchecked vitriol specifically designed to create or exploit Hindu-Muslim divisions. Much of the news and information circulated by it is patently false or misleading, and most of it is spewed by vast troll armies.

The recent state assembly elections in Karnataka offered the most recent examples of how all parties and affiliated groups in the political fray have used WhatsApp to influence voters, often appealing to caste and religious sentiments. Of these, the most egregious cases have occurred when right-wing Hindu groups are using WhatsApp to foment divisiveness. During the recently concluded elections, these groups widely disseminated a video showing what they described as a Hindu woman attacked by a Muslim mob, but in reality, was a lynching in Guatemala. In another instance, Mr. Khader, a Muslim candidate for the Congress party, was targeted with a series of abusive audio messages that pretended to be threats between Hindu and Muslim groups over his candidacy. Also making the rounds was a fake survey from the BBC claiming that the right-wing, nationalist Bharatiya Janata Party (BJP) would win 135 seats.

It is ironic that the very capabilities that make WhatsApp such a popular and easy-to-use tool are also turning it into a propagandist's delight. Its messages are hidden by nature since it isn't a social media site; users can remain anonymous; groups can be set up in a flash; forwarded messages don't reveal their origins; and all communication is encrypted, which makes it a nightmare for law enforcement. Monitoring the app is such a problem that Indian officials have had to essentially shut internet services down in volatile locations. Last year, there were 70 such shut-downs compared to just six in 2014.

Read also: Can big business save us from fake news and loss of trust?

The digital orgy of hate in India didn't start overnight. It has been the catalyst for some of the most egregious of hate crimes in India as far back as three years ago -- when a fake WhatsApp video of two boys being beaten and lynched sparked a riot in the small town of Muzaffarnagar, which led to 60 deaths and 50,000 left homeless. Around the same time, a Muslim man in Dadri was lynched on allegations that he had consumed beef (which the BJP has succeeded in banning in most parts of India), thanks to the role of forwarded photos of meat and bones of an indeterminate animal. (Apparently, almost everyone in the village was discovered to have these images on their phone.)

Yet, it is election time that provides the greatest opportunities for hatemongers to shine. The recently held Karnataka elections has become a perfect albeit grisly example of how elections will be orchestrated in the future, as well as the perils that await the future of democracy and communal harmony in the country. Social media was used extensively in the state, according to Mint newspaper, covering 58 percent of the population in a digitally dense state. At least 100 crore rupees (around $16 million) was spent on digital campaigns.

Thanks to exploding smartphone growth, WhatsApp has obliterated SMS and dwarfs other social media and messaging sites in its usage -- it has 200 million active monthly users in a country where only 35 percent of the population has smartphones. Imagine the social upheaval that can be fomented when that figure approaches full penetration.

Already, there is a great deal of consternation building up around the impending 2019 general (federal) election. It is unclear what kind of strategies the Election Commission will have to adopt to prevent orchestrated communal conflagration from breaking out. Shutting down the internet nationwide seems an absurd antidote, but it appears to be the only solution at hand for now, especially considering the large population of largely illiterate, unemployed youth who are easy prey to hatef-filled rhetoric..

"Communalism has seeped into the very cleavage of society," said Tolpady Rajaram, a political science professor at Mangalore University in the Huffington Post. His institution is located in the coastal part of Karnataka that has seen the most corrosive activity by right-wing Hindu groups.

"It is not typical communalization, not sporadic bursts of violence, but calculated cold blooded murder," Rajaram said. "It is a celebration of violence that brings about a constant state of fear," he added. "It is influencing how people think and act."

India has always been a global marvel for the manner in which its plethora of religions, castes, and other ethnic groups have lived in relative peace with one another for centuries. That storied history now is at risk of being ripped apart by a majoritarian mob fueled by a technology that is supposed to bring rich dividends and not deep, unbridgeable divides.

WhatsApp founder Jan Koum is leaving the social media giant, reportedly because of disagreements over encryption on the messaging platform.