In Advances in Macromolecular Data Storage Masud Mansuripur, a professor at the University of Arizona, proposes a molecular storage system using a tech mashup of gene sequencing, microfluidics, electrophoresis, scanning tunneling microscopes and polymer engineering to create storage of staggering density. The NSA is probably working on this right now. 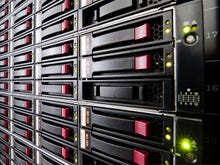 Molecular storage isn't a new idea. Every so often someone announces they've encoded data into, say, DNA as a lab demo, but Prof. Mansuripur has been working on this concept for over a decade and may have a commercial concept.

Unlike current storage, where data locations are fixed, molecular storage has floating data and fixed read/write locations. The molecules are transported around the storage by microfluidics plumbing.

The macromolecules are constructed of 2 or more bases, strung together in long - ≈1cm - sequences. The datacules - my coinage - are created at a write station and then moved to parking spots before being summoned to read stations.

The hardware - R/W stations, plumbing, parking spots - would be built into a 10 micron thick device that could be stacked to achieve density. The datacules would be moved electrically through electrophoretic transfer.

Atomically sharp needles of a scanning tunneling microscope write and read the datacules. Starting with a blank macromolecule made up of base A, the STM modifies the bases to encode binary data.

The resulting datacule is read by passing it through a nanopore membrane read head. This idea is borrowed from the technology of gene sequencing, whose success is a wonder of our age. You read the molecule as you would a strand of DNA.

The address lines tell the system where the molecules are parked. The microfluidics system moves the chosen molecule to the read/write station.

Here's a diagram from the paper:

This is a bulk storage concept. It won't be fast enough to run databases. But there's a huge market for archive storage that this technology could serve. 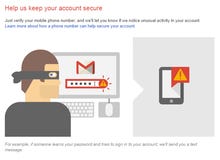 The pieces needed to realize this concept exist today. But integrating the technology from such diverse fields will require a deep and broad technical team and a gigabucket of money. But what if we could store an exabyte in a single rack, at low cost and faster-than-tape access times?

The normal 5-5-5 development cycle - 5 years from theory to lab demo; 5 more years to prototype; and another 5 years to reach the market - may be optimistic. But who doubts that the cloud suppliers would snap it up?

If drive vendors can't figure out how to mass produce patterned media and heat-assisted recording heads, perhaps molecular storage will take us to the next level in mass storage.