Full Bio
Posted in Technically Incorrect on January 17, 2021 | Topic: Working from home: The future of business is remote 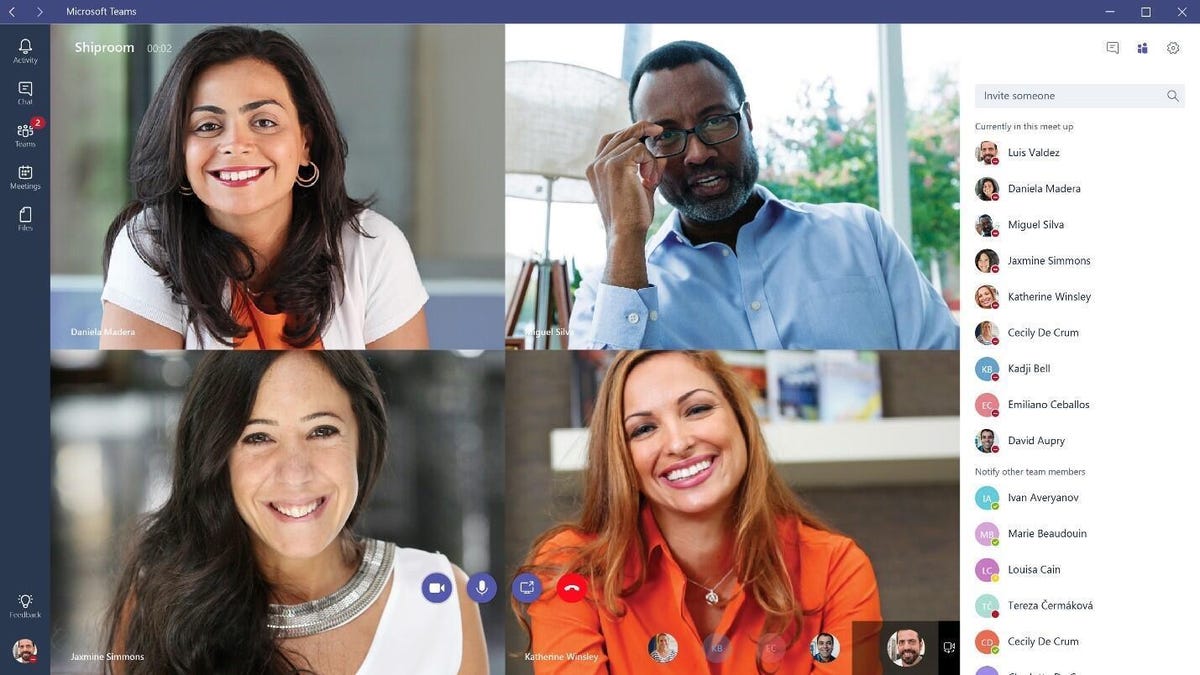 My head is recovering from something of a pivot.

You see, a couple of weeks ago Microsoft CEO Satya Nadella declared, in an interview with the Financial Times, that Teams could soon be a digital platform as important as the internet browser. Yes, Microsoft Teams.

This startled me a touch. The world seems to have moved rather quickly of late.

I thought of all those working-from-home employees, real people who have been thrust onto Teams. I wondered if they like it. I also wondered just how much it records what they do.

See also: Employee-experience platform will be anchored in Teams |  Here's why your colleagues get new Teams features before you do | You've only got six months to move from Skype for Business Online to Teams |  Moving files from Outlook into Teams just got a lot easier

You see, this became an especially poignant issue when Microsoft slipped into a puddle of controversy with its 365 Productivity Score feature -- since modified -- one that seemed to rate individual employees for their alleged output.

So I scuttled off to find details of how Teams captures data and delivers it to customers -- and to look at the nuances from the perspective of employees.

As far back as June, Microsoft explained in somewhat legalistic terms that it's happily recording so much Teams activity for the benefit of employers and it's up to them what they do with it.

Sample wording from Redmond's fine lawyers: "Our customers are controllers for the data provided to Microsoft, as set forth in the Online Services Terms, and they determine legal bases of processing."

From what I could see, Teams hoovers up all your chats, voicemails, shared meetings, files, transcriptions, your profile details including your email address and phone number, and a detailed analysis of what you were wearing on the call. (I may have made up that last one.)

Cut to September and Microsoft offered a little more about the Teams Activity Report (since updated). Here's a sentence that's unsurprising but still a touch uncomfortable: "The table gives you a breakdown of usage by user."

Everything from how many meetings that user organized to how many urgent messages they sent is recorded. Separate numbers are given for scheduled meetings and those that were ad hoc. Even individuals' screen-share time is there.

It's remarkably detailed. But, I hear you cry, is it detailed enough?

In October, then, Redmond offered "a new analytics and reporting experience for Microsoft Teams." (This was updated last week.)

I confess that just staring at this made me swivel several times in wonder. Microsoft is measuring privacy settings, device types, time stamps, reasons why someone may have been blocked, and "the number of messages a user posted in a private chat."

I know you'll tell me this is all normal. This is entirely what's to be expected in today's techno-marvelous world.

Yet, as far as I could tell, employees don't have too much say in all this. They're forced onto a particular platform without much control over what that platform may record about them personally, with their employer being the potential beneficiary.

I imagined an individual -- or even a whole team -- being summoned by their boss and told: "You didn't respond to 47 Teams messages last month."

What do you say to that? "Well, I suspect those 47 messages were sent by brown-nosing halfwits who send as many Teams messages as possible, so their innate industry shows up on your Teams analytics reports."

Not Everyone On The Teams Is Happy.


Some employees are clearly worried about the extent of Teams' potential surveillance work. A Reddit thread last year offered a small glimpse into employees' concerns. Sample: "Since moving to full-time remote working, I can't shake feeling my boss is using Teams to monitor and evaluate our productivity. Is this something I should be concerned about or am I paranoid?"

Could it be both?

I understand there's a belief that the more data you have, the wiser you'll be. But I couldn't help asking Microsoft whether there were any causes for employees' concern here. For example, does Teams really record the actual messages a user posts in a Teams chat? I also asked whether there was anything an individual employee can do to enhance their own Teams privacy.

A company spokesperson told me: "At Microsoft, we believe that data-driven insights are crucial to empowering people and organizations to achieve more."

Ah, it's all about achievement? A noble pursuit, surely. But you can empower people in other ways, can't you?

The Microsoft spokesperson continued: "We also believe that privacy is a human right, and we're deeply committed to the privacy of every person who uses our products. Only the global administrator has rights to the analytics and reporting experience, which provides insights into the ways in which the organization is using Microsoft Teams, not the message content itself."

I fear you'll parse those words carefully and still be a touch concerned. Perhaps you'll rush to make extra-special online friends with your global administrator.

Surely there'll always be a concern that, even if a specific user isn't identified, the global administrator won't have to work too hard to discover who they are.

But Is This Good Teams Management?


From Microsoft's perspective, you might see the (commercial) dilemma. You want to impress your customers and gain their total commitment to the whole Teams world, but you know privacy is a salient topic.

So, you try and offer as much as you can, as close to the privacy line as you can. (And, in the case of Productivity Score, beyond it.)

I can't help wondering, though, whether all this data digestion reflects an obsessive mentality that may be the opposite of both productivity and good management.

The most detailed analytics, if widely disseminated, could be manna for the micro-manager and a certain sort of purgatory for the manager who believes there's a little more instinct in leading and motivating human employees.

There's a talent in appreciating what employees actually do, as opposed to what the data might "say" they do.

Some might wonder whether Microsoft's customers are actually begging for this sort of information or whether this is Redmond's way of, as they say on marketing department Zoom calls, adding value and creating a competitive advantage.

A marketing mind might wonder, too, if an excellent way to sell video conferencing products would be to boast about the fact that it doesn't scoop up so much personal data. Oh, what am I saying? Teams could be as big as the internet browser -- and look at all the data browsers collect.

I wonder how many employees -- and how many companies -- currently know just how much information is now housed in Microsoft Teams.

Or have the companies already invested in some of the fine employee surveillance software that's now available?

Join Discussion for: I looked at all the ways Microsoft Teams...