E-Skills, the UK's sector skills council for business and information technology, will launch apprenticeships in cybersecurity later this year in conjunction with several technology companies.

The companies that have signed up to the scheme include IBM, BT, QinetiQ, Cassidian, CREST, and Atos, it was announced on Wednesday. 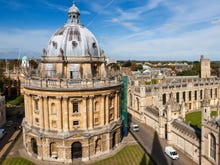 Two UK universities are to receive millions of pounds of investment to help finance tens of PhDs in online security.

Apprentices will be able to follow one of three cybersecurity pathways. "The three job roles that have been identified so far are security specialist, penetration tester, and security architect" E-Skills project manager Mark Heholt told ZDNet on Wednesday.

Heholt said the apprenticeships aimed to develop competence and knowledge over a period of at least two years. The minimum requirement for a place on an apprenticeship was five GCSE's and two A-Levels.

He said apprentices were paid an average annual salary of between £13,000 and £16,000, but this could be higher in the IT sector.

While the exact number of cybersecurity apprenticeships available this year was unknown, Heholt said he expected to have 280-300 apprentices enrolled in the scheme by 2015.

A report by the National Audit Office into the UK's cybersecurity strategy found there was an IT security skills shortage that could last for decades if unadressed.

"These new apprenticeships will help tackle the skills shortage faced by this sector, including attracting more women, who are currently under-represented," E-Skills UK CEO Karen Price said on Wednesday.

The £5m initiative will be funded with £2m from the UK Commission for Employment and Skills and £3m from the businesses that take on the apprentices.