IBM is being investigated by the U.S. Justice Department over corruption claims in a number of European and Asian countries, according to a government document. 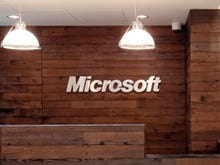 However, similar reports surfaced last week regarding the very newspaper first reporting today's news, that turned out to be nothing more than Beijing's feather fluffing.

In the company's latest 10-Q filing with the U.S. Securities and Exchange Commission (SEC), further bribery charges are being added to the ones it already faces from the SEC over its activities in China and South Korea.

The new Justice Dept. probe relates to allegations of corruption in Argentina, Bangladesh, Poland, and Ukraine.

In the April 30 filing, IBM is being investigated to see whether or not it falls foul of the U.S. Foreign Corrupt Practices Act (FCPA), which makes it illegal under U.S. law to bribe foreign government officials to win business — even if the acts are not committed on U.S. soil.

IBM said that in early 2012, it informed the SEC that Polish anti-corruption officials were probing allegations of "illegal activity" by a former IBM Poland employee "in connection with sales to the Polish government." But months later in April, the company disclosed that it learned the Justice Dept. was also investigating the probe, suggesting transatlantic mutual legal assistance.

IBM said that it was "co-operating" with the Justice Dept. on the matter.

It's not uncommon for companies to face scrutiny under the act. The news comes only weeks after the Justice Dept. and the SEC were also investigating claims of bribery made by a former representative of the company in China.

In March 2011, IBM settled for $10 million with the SEC covering claims that it paid officials to win $54 million in government contracts in Asia. Slammed by the judge presiding over the case, U.S. District Judge Richard Leon said IBM had "a history of violating the books and records provision of the FCPA," according to Bloomberg.