According to a Bloomberg report, IBM is ending its nine-year OEM relationship with NetApp this month. The goal: higher sales of IBM's own internally developed products. 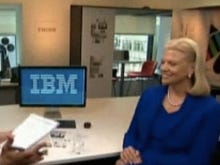 IBM's chief executive said big data remains the company's biggest emerging unit, but has been helped along by more than 30 acquisitions over the last year.

IBM's hardware sales have taken a beating lately, which led to the sale of the low-end server business to Lenovo. IBM, which once dominated enterprise storage, has been fading for the last 20 years, as EMC became the dominant vendor.

Everyone in the enterprise storage arena — except flash-based vendors like Nimble, Pure and Violin, or scale-out vendors such as Nutanix and Scality — has been suffering declining sales as cloud-based storage booms. Enterprise storage has suffered from low utilization, high costs, lengthy installs and complex management that makes the cloud pay-as-you-go model attractive.

NetApp has been suffering too, but IBM only accounts for 2 percent of their revenue. NetApp will survive and probably gain customers that IBM was serving.

Rumor has it that much of IBM's NetApp sales have been for IBM internal use, not external customers. The IBM sales force is already incented to sell the home-grown products.

IBM gets to move — or layoff — NetApp-focused resources, technical and marketing, to its own products. The sales force will have slightly more focus as well.

But when IBM focused on services, one of the promises they made to customers was that IBM Global Services would not play favorites with hardware. Either that policy is dead — assuming it was implemented — or NetApp may be able to cut a reseller deal with IBM GS.

IBM storage is clearly in distress. They have some great technology, but disparate, uncoordinated product lines with little competitive differentiation are the key problem.

It isn't clear why IBM is still in the hardware storage business, when their share is dropping and the real money is in software and services. Expect to see further consolidation (read: "focus") in the months ahead.

"NetApp expects change and evolution with its strategic partnerships to maximize both joint and individual opportunities in the market. NetApp and IBM will work to maintain a high level of customer service. IBM remains an OEM partner for a portion of our E-Series enterprise storage systems, and we remain aligned with IBM Global Technology Services (GTS)."

Join Discussion for: IBM to end NetApp sales in May