IBM is strengthening its ties with Israel, with the opening of a new security centre.

Big Blue, which was one of the first tech companies to establish a presence in Israel back in 1972 with a research centre in Haifa, this month officially launched its new cybersecurity excellence centre in conjunction with Ben Gurion University, located at Be'er Sheva, in southern Israel. 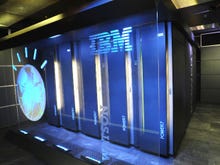 Trusteer's solutions have been deployed in tens of millions of systems, all of whom are now IBM customers.

The recently-launched centre will specialise in security and protection of critical infrastructures and data in future frameworks — including cloud storage, mobile devices, and Internet of Things.

According to IBM, Wolfsthal has significant experience in leading international research teams and software development ventures.

Professor Rivka Carmi, president of Ben Gurion University, said at the opening ceremony that the university will be working with IBM and its security expertise "to create a framework of activities that will benefit from the university's research capabilities".

The university will be able to expand its research efforts through the cooperation with IBM, she said.

According to Rick Kaplan, CEO of IBM Israel, IBM shares Israeli prime minister Benjamin Netanyahu's goal of turning Be'er Sheva and the Negev region in southern Israel into a world-class centre for cybersecurity. The new centre and the co-operation with Ben Gurion University will allow IBM to expand its security capabilities not just in Israel but worldwide.