Cyberfraud in 2013 cost India US$4 billion, amid rising incidents of cybercrime such as ransomware, identity theft and phishing, according to India findings from the 2013 Norton Report. 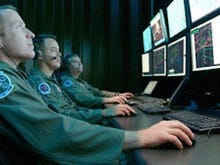 The average cost victim in India had risen 8 percent to US$207 from US$192 the year before, it showed. Still, that's below the global average of US$298, with Singapore victims losing the highest per capita at US$1,158.The report is based on responses from 13,022 adults across 24 countries, including 1,000 from India.

"Today's cybercriminals are using more sophisticated attacks such as ransomware and spear-phishing, which yield them more money per attack than ever before," said Ritesh Chopra, country manager at Norton.

In fact, India appears to be the ransomware capital of Asia Pacific with 11 percent victims of this form of virtual extortion, according to the study. In addition to ransomware, in the last 12 months, 56 percent of cybercrime victims in India have experienced online bullying, online stalking, online hate crime or other forms of online harassment.

With 2 in 3 Indian consumers using their personal mobile device for work and play, this creates entirely new security risks for enterprises as cybercriminals have the potential to access even more valuable information, added Chopra.

The study pointed out 63 percent of smartphone users in India had experienced some form of mobile cybercrime in the past 12 months.

[update: October 24, 2013 - Norton's infographic has been temporarily removed from this article on its request for further accuracy checks.]