India is looking to set up a joint portal with the United States to tackle cybercrime, which will help streamline law enforcement information requests especially from U.S.-based companies. 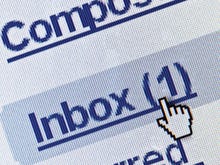 "We have suggested setting up of cooperation portal on cybercrime where requests can be logged and tracked," one of the police chiefs, taking part in a bilateral conference told PTI.

This will help Indian security agencies get information to tackle hacking and misuse of social media platforms, especially with most of the main service providers like Yahoo, Google, Facebook, Twitter based in the U.S.

Furthermore, a general request can take anywhere between 15 and 80 days, with no guarantee of it being accommodated, added the report. According to Indian police, some service providers did not remove hate speeches which were considered illegal content in India.

In 2012, Facebook and Google were forced by Indian courts to remove allegedly offensive content from their Indian sites or face being blocked. This is believed to have involved obscene images of religious figures and senior Indian politicians.