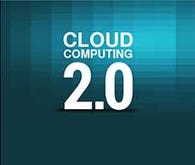 Who wins the cloud price wars? It seems to be a good time to be buying cloud services, but what does the future hold? And is this the death knell for the Oracle cloud?

Former VPs from SAP and Oracle are joining Infor as the software powerhouse makes a sales push in its technology and cloud divisions.

Matt Breslin leaves his position as VP of platform and analytics for Infor rival SAP to become Infor's SVP of platform technologies. Specifically, he will lead sales of the Infor technology stack, which includes ION middleware, Ming.le social collaboration and analytics. Before joining SAP, Breslin was a regional VP of sales for Oracle.

Lisa Pope joins Infor as the SVP of CloudSuite, where she will drive sales of Infor's cloud and SaaS-based product offerings, as well as the UpgradeX program. Pope is twice removed from a position at Infor's other rival, Oracle, where she was the VP of strategic accounts.

Infor president Stephan Scholl cited Breslin's and Pope's history with the industry as strengths they will use to support Infor's growth strategy. He also touted how that growth strategy is paying off:

The investments Infor has made in R&D over the past three years, including introducing more than four times the number of new products last year than in 2010, are paying off with growth that is significantly outpacing the market.

And just as Infor is beefing up its executive roster, SAP is trimming its own. The German software company is rumored to be cutting between 1,500 and 2,000 employees from its payroll as the firm reorganizes its focus on cloud computing. However, the cuts could be offset with the addition of 3,000 new positions once all the reorganized pieces fall into place. For perspective, SAP employs roughly 67,000 people globally.