When Intel chairman Andy Bryant took the stage at the company's annual investor meeting, he admitted that while 2014 was a year of many records for the chipmaker, not all were worth boasting.

Most notably, the revelation that Intel's mobile and communications group, having struggled to work Intel's chips into more smartphones and tablets, would suffer losses in the billions for the year.

From there, it was CEO Brain Krzanich's turn to map out Intel's marching orders for the year ahead. This was Krzanich's second go as the CEO on investor day, and given the recent company hardships, he was careful to craft a message that teetered between bullish and pragmatic. 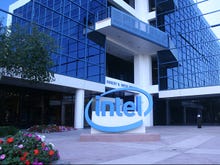 Five big questions for Intel Intel's annual sit-down with investors today comes at an interesting time both for the company and the industry. Analysts have lots of questions.

Krzanich said Intel would learn from the past and play to its strengths. So, going forward, Krzanich said Intel will move into profitable adjacent businesses like datacenter infrastructure and IoT to stabilize the company's bottom line and ultimately grow shareholder returns.

Although Intel has already become invested in growing its datacenter business, Krzanich was clear that the company plans to deliver on its promise to increase the segment's compound annual growth rate.

"The datacenter is Intel's next big business," Krzanich posited. "It's a $14 billion business and we will grow it at 15 percent rate."

The potential bottom line benefits lurking in the booming IoT space are not lost in Intel, either. Krzanich said IoT is Intel's next big business behind the datacenter, as evidenced by the company's decision to break IoT out into its own segment earlier this year.

And much like the datacenter, Krzanich said Intel's experience in IoT thus far sets the company up for success.

"We have been in this business for many years, so it's one we are very familiar with," he said.

Intel will also focus more on wearables, following up on a promise made to shareholders last year that the company would not be absent from markets in the future. Krzanich noted the company would not pursue an Intel-branded device, but rather partnerships, like the one it has with Fossil, to handle a device's internal heavy lifting.

If all goes as planned, Intel expects to issue a shareholder dividend of 96 cents per share, according to the company's full year 2015 business outlook. Intel was more vague on its revenue prospects, however, anticipating growth in the "mid-single digits." Capital spending next year will be about $10.5 billion, the company said, compared to about $11 billion expected in 2014.

Other highlights from Krzanich's keynote:

The Cloudera investment is paying off. Krzanich said the idea of the parternship was "to open up the details of how our systems work and to allow the two to build systems on top of each other."

Integration continues to drive the company, especially in mobile. Krzanich used Intel's SoFIA product as an example, which is the company's chipset technology designed for entry-level smartphones in emerging markets. The CEO said SoFIA was the first time Intel was able to synthesize its Atom core so that it was defined in the software, which he said allowed for more partner integrations.

Intel will continue to work with key parnters in foundry. Krzanich said in addition to Panasonic, foundry will open to more partners next year.

Join Discussion for: Intel CEO: Focus on adjacent businesses like...