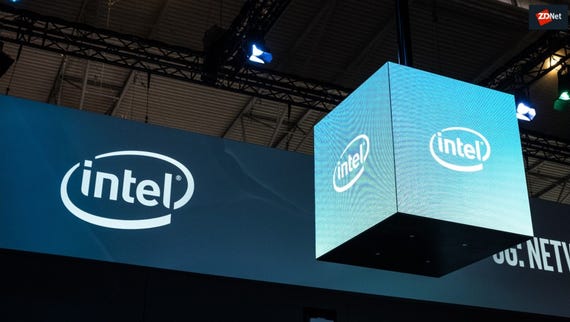 Intel has unveiled what it says is its most powerful processor built for laptops.

The chip giant says the new eighth-generation Core i9 chip is the highest-performance laptop processor it has released to date.

Its new Core i9, i7, and i5 processors for laptops are manufactured using 14nm++ process technology and based on the Coffee Lake platform, which the company says offers notably better performance than its predecessor, delivering up to 41 percent more frames per second in gameplay and editing 4K video up to 59 percent faster.

The most powerful chip in this latest series is the Intel Core i9-8950HK processor, Intel's first mobile chip with six cores (two more than the previous generation) and 12 threads. It comes fully unlocked for overclocking, which Intel says "provides the opportunity to tweak the platform performance to its fullest potential," especially for content creation, VR, and gaming.

It also features Intel Thermal Velocity Boost, which can automatically increase clock frequency up to 200MHz if the processor temperature is low enough and turbo power budget is available. This translates to a turbo frequency of up to 4.8GHz.

Intel claims a 29 percent overall performance boost compared to the seventh-generation Core i7 desktop processor, and 88 percent better performance for those looking to upgrade from a three-year old system.

Intel said the new mobile processor range adds a new Intel 300 Series chipset with integrated Gigabit Wi-Fi, which can be twice as fast as the standard 2×2 802.11AC 80MHz.

And laptops and PCs with an Intel Core i5+, i7+, and i9+ badge will also feature Intel Optane memory, which aims to increase the performance and responsiveness of SATA-based storage technology. Intel said this storage hardware can open large media files 1.7 times faster than before.

Dell has already announced that it will be offering a version of its flagship XPS 15 laptop running the new six-core eighth-generation Intel Core processors. Expected to be available from next month, the laptop promises up to 21.5 hours of battery life according to CNET.

As well as the flagship Intel Core i9-8950HK, the company also unveiled a number of other processors, some of which are detailed in the chart below.

However, it's not all good news for Intel: according to a report from Bloomberg, Apple has kicked off a project that may see it replacing Intel chips in Macs with its own custom silicon by 2020.

Intel sells Wind River to TPG
Terms of the deal weren't disclosed. Wind River gets more investment and Intel gets more focus. Intel bought Wind River in 2009 in a deal valued at $884m.