Michael Dell's bid to buyout the company he founded and take it private was given an important thumbs-up by a top proxy firm on Monday, recommending that shareholders take the $24.4 billion deal and run with it. 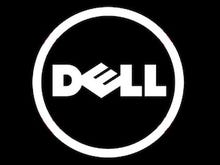 The endorsement by top proxy advisory firm Institutional Shareholder Services backs a plan by the computer-making company's founder to, in conjunction with Silver Lake, pay $13.65 per share for all existing shares in the firm.

It's impossible not to see the endorsement as a big victory for Dell, while being at the same time a giant middle finger to Carl Icahn, who continues to gnaw away at Dell's bid of $24 billion with his own scrapings from the billion-dollar floor .

Icahn, along with partners Southeastern Asset Management, wants to buy up to 72 percent of existing shares, pay a special dividend to investors and leave a segment of the company in the public domain.

Icahn only requested a meeting with Dell's special board committee, tasked with choosing the best offer available, after securing a $5.2 billion loan earlier this month. But earlier, the committee had rejected Icahn's repeated bids as "inconsistent"  due to Icahn failing to explain how he will secure financing "for any of these schemes."

ISS noted that should shareholders not take the Dell offer, they must be willing to hold on to publicly trading shares amid a computing industry downturn.

The deal will be voted on by company shareholders on July 18, in just over a week's time.