Whichever party or parties take over the reins of power for the UK government in May, one priority area will be dealing with the country's digital strategy, according to the House of Lords Digital Skills Committee.

Its report, Make or Break: The UK's Digital Future, urges the incoming government to "seize the opportunity to secure the UK's place as a global digital leader".

"We are at a make or break point for the future of the UK, its economy and its workforce," said the chair of the committee Baroness Morgan. The country is at a stage where, while it might be possible for the government to just do enough to "stay in the game," that may well not be enough, she said. She called on the government to "seize this opportunity if it is to move ahead". 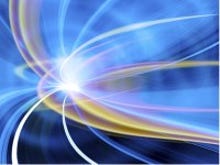 To underline this, the report noted that just over a third (35 percent) of jobs are at risk of being lost through automation within the next 20 years.

The committee outlined three main proposals for the government to think about:

On top of that, the Committee was prepared to criticise government for its lack of co-organisation and co-ordination, pointing out that the current level of government digital activity included four different government ministers with a responsibility for digital development along with a 'taskforce', a 'committee', and a 'unit'. This, the committee said, was glaring evidence of a lack of co-ordination and they called for there to be one "Digital Agenda" driven by a Cabinet minister.

Underlining the committee's findings, the report said it was "unacceptable that some urban areas still experience 'not-spots', particularly where the lack of internet directly affects the UK's ability to compete."

Baroness Morgan said the committee was also surprised that "as many as 20 percent of the population has never used the internet."

Only when the government treats the internet as a utility "as important and vital for people as water or electricity" will these issues be addressed, she said.

"We need a proactive government, able to coordinate and join-up initiatives across sectors, places and organisations," the report said. Government must also have "enough ambition to address head-on the national culture change required to meet the new digital age".

Full details of the report's findings are here.