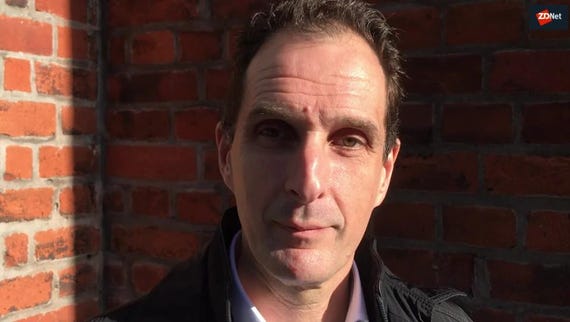 Digital transformation: How you can take advantage of innovation
Watch Now

Forward-looking companies will always investigate the promise of new technologies — but not every potential innovation will be a success straight away.

"Technology in these new areas is about learning — it's one thing to see the technology, have the vision and understand where you want to get to, but it's quite another to interpret that vision and to land it in a way that truly unlocks value for the organisation," says Richard Gifford, CIO at logistics specialist Wincanton.

Wincanton runs its own innovation programme and regularly tests out new ideas; when he spoke with ZDNet last year, Gifford said the firm was exploring new technologies including blockchain. Sea containers arrive at UK ports every day and are then taken by Wincanton to its customers' distribution centres. Gifford says his firm wanted to understand how blockchain might be used to automatically inform customers that a container has arrived and to provide details on its contents.

"Conceptually, it looks good — but when you look at the true value in all of that, it can start to disappear because the parties you're working with — in our case, the customers at the distribution centres — have to have the same desire to unlock that value," he says.

Gifford says his firm often operates distribution centres — including systems, staff and trucks — on behalf of its clients, such as major retailers. Wincanton has a management contract with these customers and looks to improve its operational processes as part of those agreements.

Blockchain and other emerging technologies play a key role in those operational refinements. However, convincing clients about the cost and time required to make the necessary investment can be a tough sell, especially when a customer has other priorities.

"We're running their resources — and we need to convince them that the new stuff we're looking to bring in is going to create continuous improvement and value. All of a sudden, that becomes quite a hard thing to do, particularly when you're moving containers, which is a very low-margin business," says Gifford.

"The challenges around implementing something like blockchain are often less about the technology and more about the level of maturity. You need to make sure all the partners buy into the initiative and have that same level of understanding. Without that, this kind of project just won't get off the ground."

Gifford says his business is now looking at other areas internally, where the implementation process is completely under Wincanton's control.

"That's where we are right now," says Gifford. "We'd really like to get to a point where we're offering blockchain as-a-service to our clients. That's a great vision but in reality, at the moment, we just want to get a proof of concept off the ground. While we're still interested, we don't have anything in train just yet, but we keep thinking of new ways to use blockchain in our business."

Gifford points to one potential internal, value-generating implementation. Wincanton operates a fleet of about 4,500 telematics-enabled trucks. Gifford says the firm might be able to bring down its insurance rates if an insurance firm is interested in taking and analysing the real-time data from those trucks.

"If the insurer knows our drivers are always driving well on safer routes, then we might be able to bring down our premium," says Gifford. "So, there's opportunities like that when it comes to using blockchain — and that's just an example. But success in blockchain is all about getting partners on board."

The broader aims of these combined efforts is to produce what Gifford refers to as the Internet of Transport. These developments focus on three key areas. First, Winsight, an app that enables a paperless cab, so all the paper lorry drivers normally carry, such as routes and proof of delivery, is wrapped up into a single piece of software on a smart device.

Second, telematics — the firm has installed MiX telematics in its trucks as part of an ongoing safety programme, with information used to optimise driver performance. The final element is a cloud-based transport management system (TMS). The TMS provides the basic technology platform for the firm's digital supply-chain efforts.

Gifford says Wincanton is making "very good progress" when it comes to its development efforts around the Internet of Transport. He says the TMS has now been deployed across the firm's energy business; haulage and construction are expected to go live this summer. In-cab technology via Winsight continues to be rolled out across the organisation.

The firm is now thinking of new ways to make use of the information it collects through telematics and the Winsight application. Both these technologies produce real-time data, enabling the business to see the locations of its vehicles and helping to ensure these trucks are deployed effectively.

"We can use the data to monitor transport execution," says Gifford. "Having a plan for how trucks will be used is great, until a vehicle hits the open road and there are roadworks and traffic jams that can cause delays. If we pull the data from our trucks back, then we can create real-time feeds through the deployment of apps that inform our customers of any issues."

Such has been the level of progress in analytics that Gifford is reticent to invest significant amounts of cash in the Internet of Things and sensor technology. While sensors can help firm's collect real-time data, Gifford says the reality — like in the case of blockchain — is that a heavy investment won't necessarily produce value.

"I actually believe you can get as much information from a telematics network via an app as you can through a sophisticated IoT system," he says. "The data we can get now through our app is satisfactory. The IoT is great but you need to make sure the value you gain justifies the high level of investment."

Digital transformation: How you can take advantage of innovation

Wincanton CIO Richard Gifford explains how to use emerging technology and considers the evolution of the CIO role.

Blockchain technology is critical to business security, according to a Globant report. Here are the important blockchain terms to get accustomed with.

No, blockchain isn't the answer to our voting system woes (CNET)

But the distributed, data-protecting storage technology already is being used in the midterm elections.