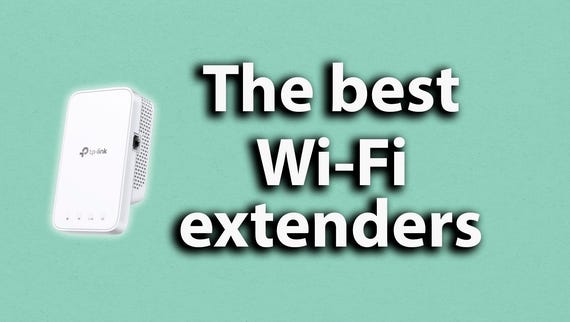 Over the last couple of months, I've been spending some time using Netgear's Insight network management platform along with some Wi-Fi 6 hardware. It's been interesting moving from an unmanaged (but still quite complex) network to one that gives me the tooling necessary to apply significantly more discipline.

Insight is perhaps best thought of as Netgear's competitor to the popular Ubiquiti platform, providing tools for web- and app-based management of Insight-ready hardware. Like Ubiquiti it means investing in an ecosystem, as you'll need the right mix of switches and wireless access points to make the most of the platform. You'll need to pay an annual subscription fee per device, with most Insight-ready hardware coming with a free year of access to the service.

The Insight platform gives you a lot of information about your network in one place. You can see what's connected to an access point, with graphs showing changes over time, as well as watching overall network health. Network topology tools show what devices are connected to which switch or access point, giving you a quick overview of the complexity of your network. Support for a SSID filter view makes it easy to segregate wired from wireless devices, helping determine what's connected to what and where.

Other tools show detailed information about wired and wireless devices in your network, showing device diagnostics as well as network traffic graphs. Wired devices can be checked for PoE usage. While I'm only using Insight to manage network devices, there's also support for Netgear's storage hardware, with tools to manage NAS.

Other tools in the Insight platform support remote device management for network hardware. You can trigger firmware updates from your browser. As well as manual updates, you can define an update window outside of normal working hours. This allows the platform to automatically update devices, starting at the edge with access points, then moving into switches and routers. This keeps the risk of downtime to a minimum, ensuring that devices have access to the firmware updates they need.

Having a single pane of glass for management makes a lot of sense, for a SOHO set up like mine all the way up to a medium-sized enterprise with multiple switches and hundreds of wireless access points. There's a lot to like about Insight as a platform, but it's at its best when taking the load out of the hands of over-worked (and often multi-tasked) IT teams. Small businesses often only have one admin (or even fewer, if IT tasks have been passed out to other staff members).

Tools like Insight are going to become more important the more we work from home. The devices we use for remote work should be kept separate from our personal devices and our growing armada of IoT devices. We need to be able to isolate hardware in trusted and untrusted networks, to keep IoT devices segregated on 2.4GHz wireless, and to monitor that everything is doing what we need.

That is going to require the right hardware. My existing Orbi mesh network wasn't suitable for this new world, offering a basic access point option or a wireless router. I'd opted to use it as a pair of access points, as my routing needs were handled by the house's broadband connections. Switching on additional W-iFi 6 hardware wasn't a problem, and the Netgear WAX610 access points worked well alongside the older hardware.

As the WAX610 was part of an Insight-managed network, I had a lot more control over it, and could add segmented wireless VLANs. I kept one segment on both 2.4 and 5GHZ bands for general use, with a second limited to 2.4GHz purely for IoT hardware. There was no point keeping lightbulbs, plugs, and thermostats on the same network as the rest of the house. Limiting the IoT VLAN to 2.4GHz also meant it was easier to configure hardware built around lower cost wireless chipsets.

Two devices, one in the front of the house and one at the back, provided full coverage for a three-floor Victorian brick terrace in a London suburb and were able to cope well with a crowded spectrum in a high-density population area. The WAX610 and the outdoor-rated WAX610Y were on the same SSIDs, which did make handover a little tricky on some devices where AP affinity was higher than on others. However, manually turning on and off Wi-Fi quickly associated devices with the nearest AP.

Both were Power over Ethernet (PoE) hardware. I'd not used PoE in my network before, but luckily I'd used CAT5e and CAT6 cabling which meant I could use a pair of PoE switches to drive the APs. Swapping out an ageing D-Link switch for a gigabit Netgear GS110TUP added PoE support at the heart of my network, using the Insight cloud portal to manage the various ports. With nine available ports, I did have to spend some time consolidating my network cabling, dropping in a secondary switch under my desk to handle local hardware.

The GS110TUP is a good, high-performing device. It works well with a heterogenous mix of Windows, macOS, and Linux hardware, as well as providing a hub for the house's wireless network. Perhaps the biggest change in jumping more than a decade's worth of networking hardware was how much quieter it was than the retired switch, opting for a fanless design while still supporting PoE delivery across a significant length of ethernet.

As part of the network upgrade, I have swapped out first-generation Orbi mesh wireless hardware for the latest Orbi Pro 6 Mini hardware. The new SXR30 devices are a lot smaller than the original routers but work exactly the same way as the familiar consumer hardware. Support for the latest Wi-Fi 6 standard helps them offer better bandwidth for devices in a crowded wireless environment, something that's very useful in London's high-density inner suburbs.

If you've used Orbi in the past, then you know what you're getting. There's little difference between the Pro experience and the consumer devices. Initial set up is through the web. I then chose to connect to Insight, allowing the Insight service to back up and store configurations, as well as managing the device updates.

There are some differences between the Orbi Pro and other Insight APs I've tested. Where you still can set up and configure separate VLANs for different operations, you can't lock them down to specific frequency bands. Despite that, the ability to set up, manage and run different wireless VLANs in a mesh is very useful, allowing you to improve the security of your network, for example isolating VLANs from each other and even isolating client devices from each other. That last option is especially useful if you're using Insight and Orbi to run a guest network.

Having everything in one place makes it easy to check what's happening and to see what needs to be fixed when. With Insight, a quick tune-up no longer means switching from device UI to device UI. Instead, everything you want is in one browser view, and only a couple of clicks away. Insight, and Insight-aware hardware, is definitely one of those tools that takes away the mundane, giving you time to get on with the work that really matters.