By Federico Guerrini for Italy's got tech | March 6, 2015 | Topic: Networking

On Tuesday, the Italian government approved a plan to boost broadband connectivity in the country and reach connectivity goals set by the European Union's Digital Agenda plan.

The Digital Agenda, which all EU member states have signed up to, stipulates all countries in the union must ensure that 100 percent of their citizens have internet access at speeds of at least 30Mbps by 2020, and by the same year 50 percent of the population must have access to speeds of 100Mbps or more.

At the start of this year, those percentages for Italy were 45 percent and one percent, respectively. To bridge the gap, the cabinet of prime minister Matteo Renzi has unveiled what it's calling the 'strategy for Italian broadband and digital growth 2014-20'. 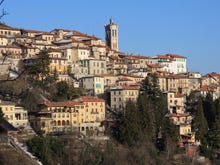 Italy's Lombardy Region is rolling out superfast broadband on a small scale. To encourage local residents and businesses to take up the service, it's giving connectivity away at no cost.

The strategy includes €6bn of investment to modernize the country's network infrastructure, increase fibre broadband coverage, and expand connectivity to those parts of the country where ISPs aren't offering services due to the tough market conditions.

Added together, they should provide the €6bn envisaged by the strategy. Should the plan need extra cash, rumour has it the country may turn to the so-called 'Juncker Fund', having earmarked €7bn of the broadband section of the pot. If confirmed, that would bring the total public cash available to around €13bn.

Italy's ambition is to go beyond the EC's expectations, bringing 100Mbps connections to 85 percent of the population by 2020, industry minister Federica Guidi said. But to achieve this, public funds alone won't suffice. That's why the government has invited telcos to join the effort, advocating private-public partnerships as a key tool to bring the country into the digital age.

"The future is passing through high-speed broadband, which is the ABC, the new alphabet of innovation and development," Renzi said. The hope is to have companies invest another €6bn to the €6bn already on the table from the government. Vodafone Italia's CEO Aldo Bisio has proposed a 'newco' should be created, a private-public vehicle in which no operator would hold a majority stake, and with the Cassa Depositi e Prestiti bank to act as a guarantor, the Italian national press agency ANSA reported.

The government has also dismissed the rumour circulating recently that it would force Telecom Italia to replace its copper network with fibre. "The choice is to leave to the operators and to the market to decide which is the most effective technology to reach the goals," undersecretary Graziano Delrio said.

By Federico Guerrini for Italy's got tech | March 6, 2015 | Topic: Networking