Beta testing is under way on a smartphone app designed to help make Italy more resident-friendly.
Written by Federico Guerrini on Aug. 29, 2018 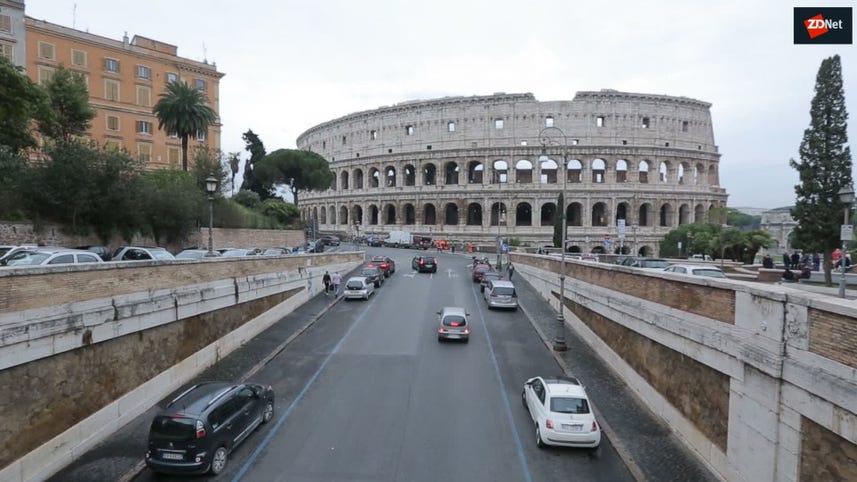 It's a far cry from reaching the levels of Estonia, which has perhaps the most advanced and resident-friendly bureaucracy in Europe. But the Italian government's Digital Transformation team is doing its best to improve the relationship between citizens and the public administration.

The team, led by Amazon senior vice president Diego Piacentini, who took a leave of absence from the company to work as government commissioner, was set up almost two years ago.

Its most recent achievement is the launch of IO, a smartphone app that brings together functionalities previously only available separately: from paying taxes and bills, to having documents directly delivered to your mobile phone.

The app is still in closed beta, so it is not downloadable from online stores and is currently being tested by a few local and national institutions.

However, over the summer the number of users is scheduled to increase and, in territories where the number and relevance of services is greater, citizens will also take part in the beta testing.

"We're working on enabling platforms, whose components are necessary but not sufficient, to render the app fully operational," Piacentini said at the time of launch, in May.

"The unique ANPR [National Resident Population Register] will permit a synchronization of all citizen data that's currently scattered throughout some 8,000 different registers. SPID will guarantee a secure and unique means of access, while the PagoPA payment node will become the engine of the app's digital purse."

However, for this scenario to come true, the platform will have to work smoothly and engage citizens and businesses, and none of these things can be taken for granted.

PagoPA, the digital system for all public administration related payments, for instance, has been around since 2013, but citizens simply have not been using it until very recently.

As Piacentini himself noted in a blogpost, "From 2013 to the end of 2016 there were just under 800,000 transactions, compared with the hundreds of millions made in the same period for paying taxes or services." While the situation has improved, there's still a long way to go.

Same goes for SPID, which stands for Sistema Pubblico di Identità Digitale. It is a very ambitious project designed to allow citizens and businesses to access the online services of public administrations and private members with a unique digital identity, which, despite having made progress since first being proposed in 2014, is still struggling to lift off.

Considered an essential backbone of the Italian digital infrastructure, the ANPR was long in the making. In Italy, all data related to things like place of birth, residence, and household composition was and largely still is scattered among 8,000 different registries belonging to different municipalities.

By law, the migration of data to a single, unified database should have been completed by the end of 2014 but only a single municipality met the deadline.

Since the digital transformation team took over the task, the situation has quickly improved and to date, 356 administrations have joined the ANPR, with 1,347 in pre-migration stage.

All the building blocks of the operative system of the country, as Piacentini calls it, are therefore slowly fitting into place.

But, there's a catch: the digital transformation team mandate expires in September 2018 and former prime minister Renzi, who appointed the commissioner, is no longer governing, nor is his Democratic Party.

Will the new Five Stars League government confirm or renew the assignment or alternatively continue the work done with other executives in charge, or as with so many other things, will political instability take a heavy toll, by stalling the digital transformation process once again?

Just over two years into its plan to offer people who are not Estonian citizens or residents a digital identity, Estonia sees fintech and blockchain services as the way to achieve its ambitious goals.

Italy has never been short of innovative entrepreneurs, just the financial resources to scale their startups. But there's now evidence of a shift in the funding picture.

From sick man of European internet use, here's how Italy plans to leapfrog ahead

A routine upgrade of household utility meters could provide Italy with the opening to introduce fiber to the home across more than 200 of its cities.

Politicians back proposals for a two- to three-year rollout of Windows 10, as well as a trial of Microsoft Office 2016 on 6,000 PCs.