Europe's largest ever cybersecurity war games exercise has begun, with the aim of testing how countries can work together against a major cross-border security threat.

During its first phase, the Cyber Europe 2014 event brings together more than 200 organisations including energy companies, telecoms operators, and 400 security professionals.

The scale of the cyberwargame shows how seriously nations now take the threat of digital attacks, and is just one of a number of such wargames being run in Europe as digital networks are now seen as a standard battleground in any conflict .

The organisers said the theme of the event was not influenced by the ongoing crisis in Ukraine "even if we can understand that some may think so".

Read this: Inside the secret digital arms race: Facing the threat of a global cyberwar

The wargame is run by the European Union Agency for Network and Information Security (Enisa) and features 29 teams from EU member states plus those in the European Free Trade Association. 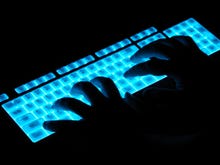 The technical wargame, which took place yesterday, will be followed later in the year by an 'operational/tactical' event and one aimed at 'strategic/political levels'.

Participants in the technical event were faced with 16 cybersecurity incidents which the organisers said were "similar to recent real life cases" and players.

Security professionals from the public and private sector had to investigate and analyse several scenarios which could impact the confidentiality, integrity, or availability of sensitive information or critical infrastructures.

Enisa executive director Udo Helmbrecht said the event was designed to be realistic and aimed to mimic unrest and political crisis at a pan-European level, disrupting services for millions of citizens across Europe, and said the events would help improve the resilience of Europe's critical information infrastructures.

"Cyber crises are occurring on larger scales and growing more transnational in origin and effect," Enisa said. "Moreover, the nature of cyber-threats is rapidly changing. The emergence of big data and new online services is creating increased vulnerabilities."