Android looks set to be a real force in the smartphone market, and LG is the latest hardware manufacturer to make a play for some of the action.

LG announced today its GW620, which will be the company's first Android device when it hits towards the end of this year.

While detailed specifications are not yet available, the GW620 can still arguably be judged to represent something of a departure from the Android norm thanks to its slide-out QWERTY keyboard. That feature potentially pushes the platform towards a business audience. 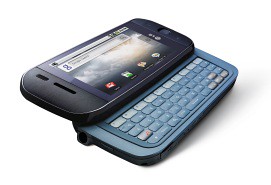 The GW620 further benefits from a 3-inch touch screen making it a potential rival in format to HTC’s superb Touch Pro 2.

The crunch is that HTC’s device runs Windows Mobile, an operating system fast falling out of favour. The jury is out as to whether the upcoming imminent refresh of Windows Mobile 6.5 will give the operating system a fillip, but there is little doubt that Android represents a further avenue of competition for Microsoft. 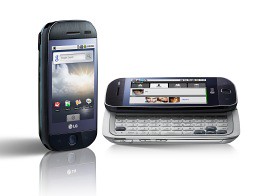 LG is clearly hedging its bets with regard to which operating system(s) will triumph in the smartphone wars, having announced recently that it will introduce a minimum of 13 smartphones over the next 16 months that use Windows Mobile, including the new version 6.5.