As new Android Wear watches arrive on the market, the prices keep going up to match the improved style. The latest one is the LG Watch Urbane with its round face and metal bezel. Orders have begun on the Google Store with shipments to start on May 8 for the $349 smartwatch.

Among the current crop of Android Wear choices, the LG Watch Urbane looks perhaps the most like any other standard watch. A quick glance at it and you'd likely think it's just a standard mechanical timepiece. That's a good thing when compared to the square screens found on the first such watches when Android Wear debuted last summer. Of course, those models can be had for $199, so you'll pay nearly double for looks if you opt for LG's latest wearable.

You can choose either a gold or silver finish at this price, and the watch comes with a stitched leather band in black or brown. Those bands can be swapped with any standard 22 millimeter watch band.

The premium price -- compared to other Android Wear devices, that is -- doesn't get you much of an upgrade on the inside though. 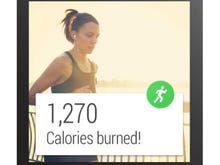 LG's Watch Urbane uses the fairly standard Android Wear hardware configuration with 1.2GHz processor, 512MB of memory and 4GB of storage. Connectivity options include Bluetooth 4.0 LE and Wi-Fi. The latter radio will be handy, however: Google recently added Wi-Fi support for Android Wear and the LG Watch Urbane will be the first watch to get that feature.

LG used a plastic OLED display with 320 x 320 resolution for the 1.3-inch round screen. Unlike the also round-faced Moto 360, the full screen is used to show information, notifications and apps.

The price of $349 puts the LG Watch Urbane on equal footing with the lowest costing Apple Watch. But if you use an Android phone, the Apple Watch isn't even an option. At least not yet: Google is reportedly working on software to make its smartwatches work with iOS.

I'm curious to see how sales of LG's new watch turn out at this price. Yes, it's definitely a watch that doesn't look like a small smartphone screen strapped on a wrist. Evidence suggests that Android Wear itself hasn't taken off with mainstream consumers though; an estimated 720,000 such watches were shipped in final half of 2014. And if that's the case, interested buyers may not want to stretch their budget for the LG Watch Urbane.