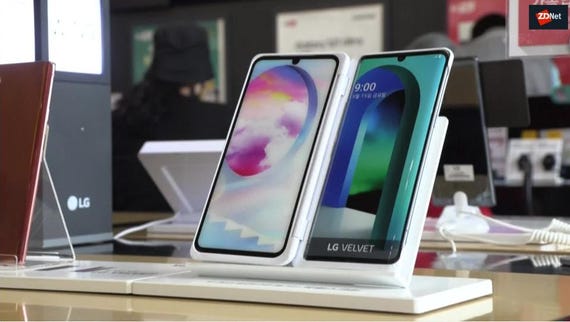 The stellar performance was backed by double digit growth in its home appliances and TV businesses, LG said, which recorded nearly 920 billion won and 403.8 billion won, respectively, in operating income.

Demand for its premium appliances increased globally, while the uptake for its high-end TV brands such as OLED and NanoCell in North America and Europe recovered compared to a year ago.

LG's mobile business, meanwhile, recorded 280 billion won in operating loss. The company is planning to exit the business by the end of July.

The firm's vehicle component business recorded just under 1.90 trillion won in sales, an increase of 43.5% from 2020. The business nearly broke even after posting only a slight operating loss. LG's joint venture with Magna International is set to be formed in July.

LG said it expects similar solid performances for its businesses in the second quarter, backed by strong sales of home electronics due to solid economic stimulus in major economies around the world following the pandemic.

The South Korean electronics maker added that it will expand investments into auto-component, artificial intelligence, and business-to-business sectors going forward to strengthen its competence in the global market.

Join Discussion for: LG's Q1 earnings surge on back of strong...