It never rains but it pours... today also saw the final release of Linux Mint 13 "Maya". Karen Friar wrote a very good blog about the Release Candidate, so I don't need to repeat all of that detail here. I have been running the RC since it was released, and I picked up the final release image a day or two ago. I have loaded it on pretty much everything around here, and of course it works flawlessly.

Rather than a combined Cinnamon/MATE distribution, as they offer with the Mint Debian edition, this time there are two separate distributions, one for each desktop. The Cinnamon version: 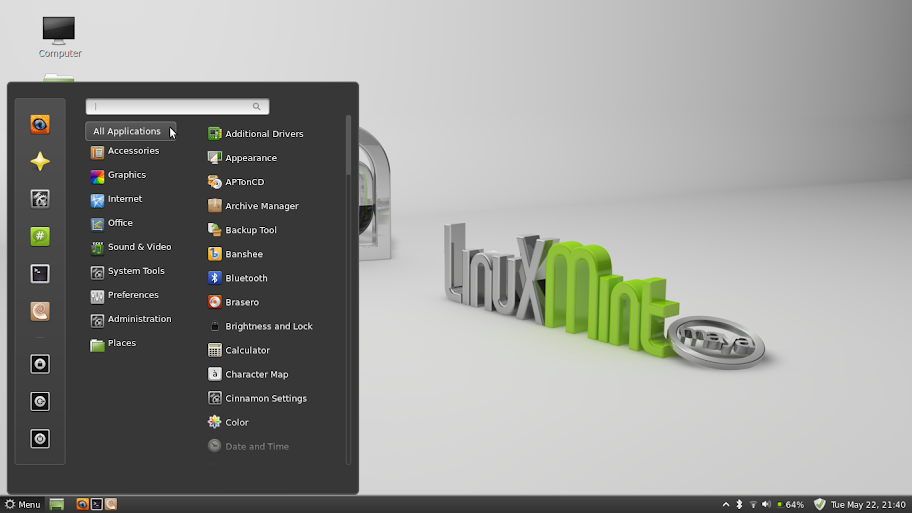 For those who like the traditional Gnome 2 style desktop, the MATE version: 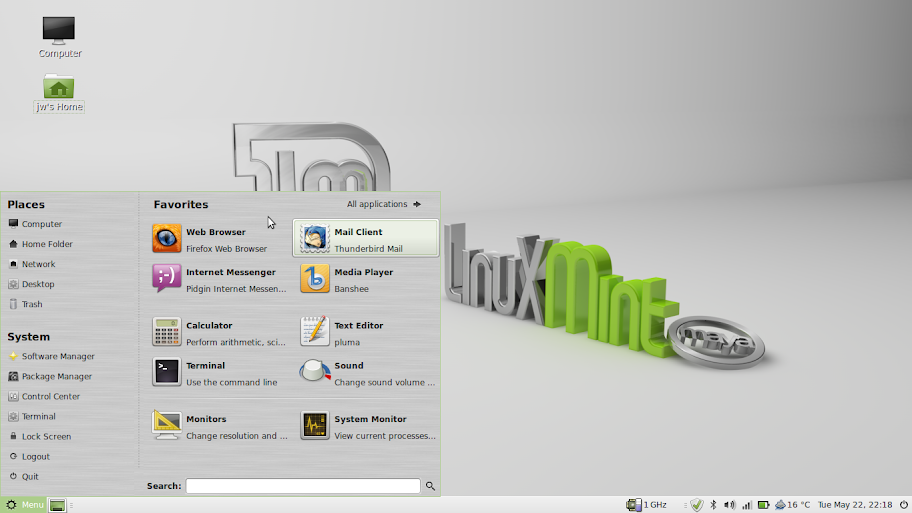 If you want to have both, you can simply go into Synaptic and select whichever one was not in the base distribution you installed. The package names are "cinnamon" and "mate-desktop". This release of Linux Mint comes with the mdm login/session manager, which is a customized/lightweight replacement for the standard Gnome gdm - along the lines of the Ubuntu "lightdm". If you install the second desktop, then you can select which to use on login by clicking on the session icon in the mdm login window. However, I tried also installing the Gnome 3 Shell and Ubuntu Unity, and although synaptic seemed to install them both without error, they did not show up in the mdm session list. I'll have to look into this a bit more.