Lance Harris is a writer with more than 18 years of experience. Over the years, Lance has written about technology in business, the business of technology, and the African telecommunications industry for many of South Africa’s top business and IT publications. 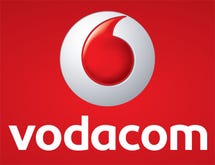 Ethio Telecom last week disclosed plans to bring LTE services to the Ethiopian capital, Addis Ababa, as part of a large, multi-year programme to improve service provision and expand its network in the country. The programme will see Ethio deploy LTE in Addis Ababa and HSPA+ in all big cities by 2015.

This investment progamme will enable the operator to tackle the challenges of network congestion, lack of coverage and scarcity of bandwidth availability, Ethio said in a statement. The operator is currently negotiating with the vendors it will work with for the expansion and upgrading of its infrastructure.

Airtel Nigeria, a subsidiary of Indian telecom giant Bharti Airtel, said on Thursday that it had completed an LTE trial in Nigeria's commercial centre of Lagos. Data users during the trial experienced download speeds of between 32Mbps in non-ideal conditions and 37Mbps in ideal conditions, Airtel Nigeria said in a statement. Upload speeds were around 10.6Mbps.

With this pilot project over, Airtel will now conduct trials in other major Nigerian cities including Abuja and Port Harcourt.

Operators in Namibia, Angola, Tanzania, South Africa and Mauritius have so far rolled out commercial LTE services in urban areas. With the GSM Association (GSMA) predicting that mobile networks in sub-Saharan Africa could experience a 25-fold increase in traffic in the next four years, the standard could have a vital role to play in meeting burgeoning demand for mobile data services.

But the GSMA cautions that governments across the region must hasten to release frequency spectrum in the Digital Dividend (700-800MHz) and 2.6GHz bands as well as to liberalise existing licence agreements to allow the deployment of high-speed UMTS and LTE networks in the 900 and 1800MHz bands. Success in LTE penetration is particularly dependent on spectrum availability, according to the association.

Widespread LTE coverage is still years away for even the most advanced telecom markets in Africa. For now, many operators are still focusing on 3G network rollout, since market penetration is only at around four percent. The GSMA expects 3G coverage to grow to 15 percent in 2016.

Join Discussion for: LTE gains a foothold in Africa as more operators...